Right After Being Randomly Punched, This Kid Teaches A Foolish Bully The Lesson Of A Lifetime [Video]

If you are a moronic bully, you really should be more careful who you pick on[1]. This jerk walks up to a guy and his bud, swaggering and posturing, then out of the blue, he takes a pathetic swing at him. A very lame swing I might add. His intended victim dropped him like a sack of potatoes with one punch. The bully was out cold and as limp as a Liberal. The guy that knocked him out was giving it his all to bring him around. That’s more respect than the idiot had coming. 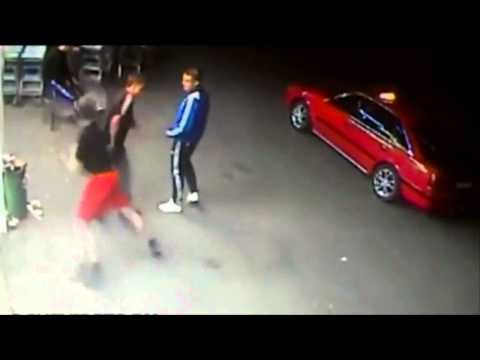 This bully picked on the wrong guy. His pathetic attempt to beat up his opponent is hysterical. The bully’s weak first shot had nothing on the defender’s single punch that knocked him out cold, flopping like a fish on the ground. You have to watch this epic karma!

The best part is the defender checking on the bully after he knocks him out. That was very gracious and thoughtful after the way the bully treated him.

The good guy did the right thing by checking on mush for brains. Not only is it the right thing to do, but under certain laws if the idiot died, the defender could be held responsible in this crazy, screwed up society of ours. Notice that the good guy was trying to do the right thing and didn’t stomp on the guy as so many would have. Considering the situation, that shows quite a bit of restraint. The guy certainly got what he asked for and more consideration than he deserved.