Rompers for men. That is what we are about to talk about and if you asked ANYONE 10 years ago what they thought about a romper for men, they would think it was an asinine idea. Now, these hipsters are coming about it as if it is strange that they never were. 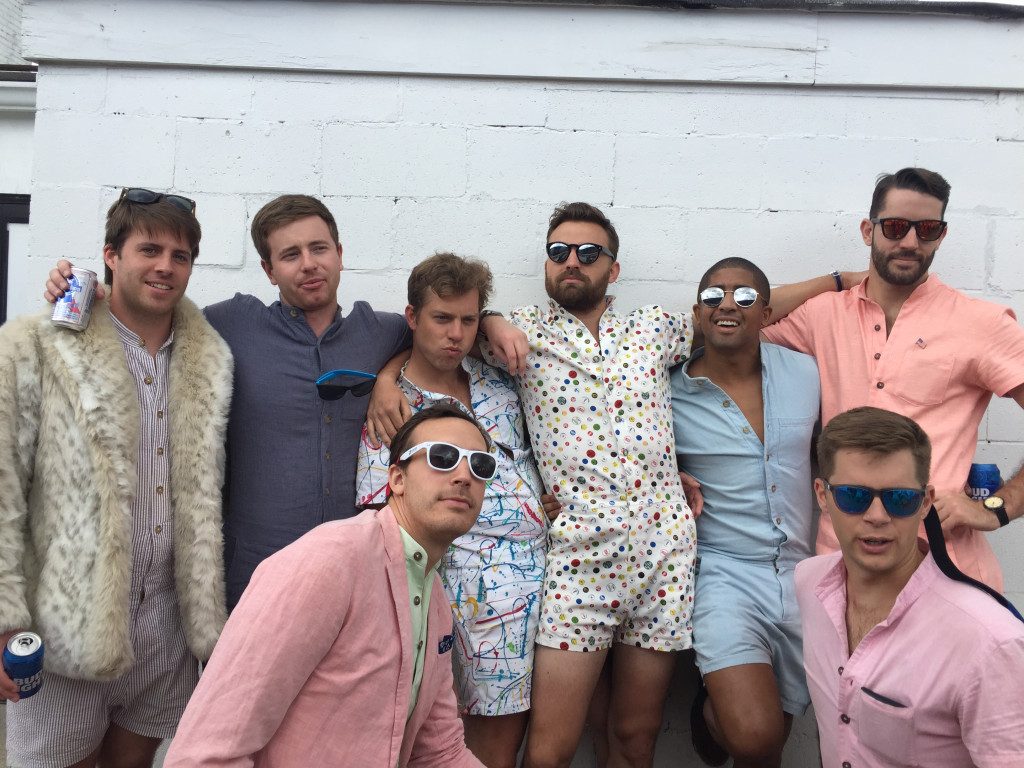 So okay, rompers…they are literally onesies for adults, but on females they are cute and classy. Up until now, they were made for females, however, that’s the “issue” that the RompHim wants to fix. What they don’t get is that it was never broken in the first place though. They are rompers and females wear them. End of story.

However, that’s not the way they see it. So, RompHim is currently a Kickstarter project that is aiming to sell rompers designed for men to the masses. They look like regular rompers except for one difference, these ones have zippers in the front so the boys have easy access to take a wiz when they need to.

So, these men want the glory of wearing these rompers, but they also want easy access so they don’t have to basically take off all their clothes like women do when they have to use the little boy’s room.

Have you seen the photos that have been taken to advertise their rompers? Many words come to mind looking at them…creepy, wrong, why, nightmare come to life and how the heck does one come up with an idea like this!?

But, that’s just me. You are entitled to your own opinions of course…

Yesterday was fun. Really fun. We appreciated all the feedback (even the jokes). #RompHim #RompSquad[3]

The RompHim’s Kickstarter page indicates that the idea came about while the founders were talking about men’s clothing options. The “four friends of varied backgrounds (management consulting, investment banking and private equity, and fintech)” found that “everything was either too corporate… too fratty … too ‘runway’ … or too basic.”

“Why wasn’t there anything out there that allowed guys to be more stylish and fun without sacrificing comfort, fit and versatility?” they ask, clearly weighing the existential crisis of our time.

What's better than rocking a #romphim on your own at the #kentuckyderby? When you and your 7 closest friends #romptogether and redefine #derbyfashion.[4]

Thus, The RompHim was born.

If you’re confused, this response in The RompHim’s FAQ should clear it up for you:

The campaign has already raised the majority of its $10,000 goal within its first day, but if you want to donate $90, you can snag a RompHim for yourself.

Just know that Twitter will judge you because while many people have shared their affection for the garment, many are not enthused:

I will kick my friends in the balls if they try to wear a RompHim around me. That's what good friends are for.

One of the unheralded causes of the death of hipsterdom: bros started dressing like assholes, too. https://t.co/BluYBwQJ7Y[11]

Some have postured that the the name is all wrong…

Guys it's hommeper, not RompHim. smh

Others have realized that this is what 2017 is truly about:

@fmanjoo[18] Just me, in a RompHim, with a fidget spinner, and a grande Unicorn Latte. That's what I want the world to remember about 2017.

Folks, this world is becoming very confused. Men want to be women, women want to prove they are better than men. Parents have lost the art of parenting, kids no longer respect their elders or authority. Citizens are groomed to be lawless and they feel they can pick and choose what laws they want to follow all in the name of social justice.

We got issues. Was it really necessary to add the RompHims to the pile?