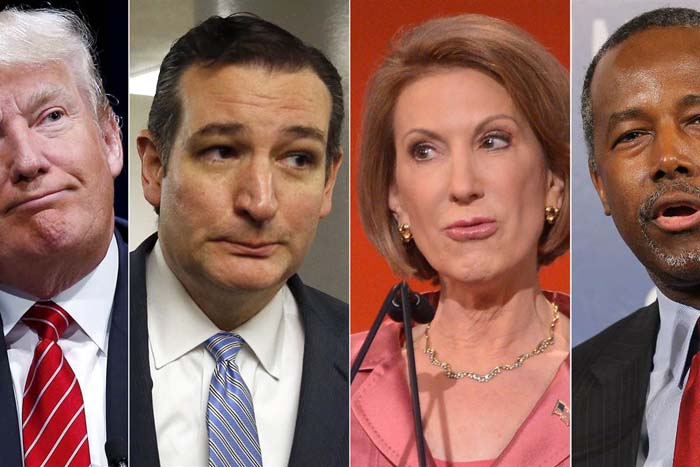 The Monmouth University Poll of likely Iowa Republican caucusgoers finds Ben Carson and Donald Trump tied for the top spot. This marks the first time since July 26 that a poll in any of the first four nominating states has not shown Trump with a nominal lead. Not surprisingly, given the top two contenders in the poll, most Iowa Republicans prefer someone without a traditional political pedigree. At this early stage, though, the vast majority of voters say their eventual support could go to one of several other candidates in spite of their current preference.

When Iowa Republicans are asked who they would support in their local caucus, Ben Carson (23%) and Donald Trump (23%) tie for the top spot. The next tier of candidates includes Carly Fiorina (10%) and Ted Cruz (9%), followed by Scott Walker (7%), Jeb Bush (5%), John Kasich (4%), Marco Rubio (4%), and Rand Paul (3%). The last two Iowa caucus victors, Mike Huckabee and Rick Santorum, each garner 2% of the vote. None of the other six candidates included in the poll register more than 1% support.

“These results mark a significant shake-up in the leaderboard from Monmouth’s Iowa poll taken before the first debate,” said Patrick Murray, director of the independent Monmouth University Polling Institute in West Long Branch, NJ. “Carson and, to a lesser extent, Fiorina have surged, while Walker has faded into the background.”

Now look at those numbers. The top two vote getters are Donald Trump and Dr. Ben Carson. Neither are politicians, neither have ever held elected office, and both are running populist “common sense” campaigns.

But the next three are similar. Next came Carly Fiorina–never elected to office, running a populist campaign–Ted Cruz–yes he’s been elected to the Senate, but he has been the anti-establishment Senator since day one–and in fourth Scott Walker–also elected as gov. of Wisc., but also a guy who has run as a hard-charging, outside the norm candidate.

And with Trump surging all across America, with Cruz holding steady in the top five and Carson, Fiorina and Walker also consistently showing in the top tier, this trend in Iowa seems to be one repeated all across the country.

America is sick of establishment politicians.