In today’s super politically correct world, there are constant admonitions about the “wrong” things to say. And some people are fed up — including one Dairy Queen owner, who put up a sign giving a warning to any potentially thin-skinned patrons. But not everyone appreciated it. 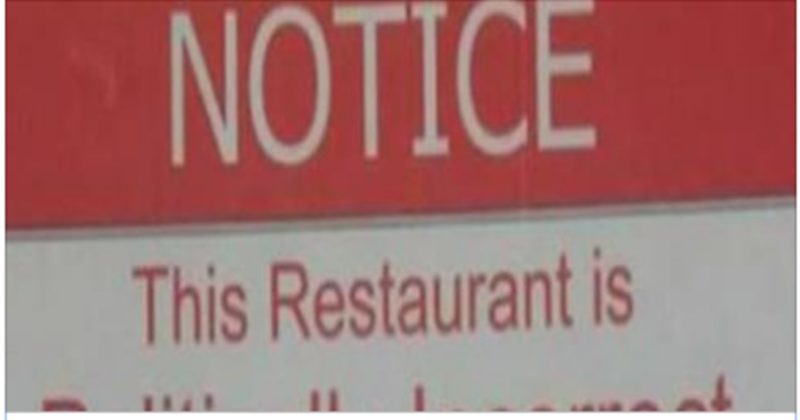 A Dairy Queen in Kewaskum, Wisconsin erected a sign that has the town divided. The sign says that “this restaurant is politically incorrect” and warned that employees would say “Merry Christmas,” “Happy Easter” and “God Bless America.” It also said that the restaurant salutes our flag, thanks our troops for their service and gives veterans free sundaes for Veterans Day.

“I felt the sign was appropriate to hang in terms of being transparent about the views of the owner and staff supporting God and country,” franchise owner Kevin Scheunemann said. “It just seems that those kinds of values and principles are becoming controversial in society.” 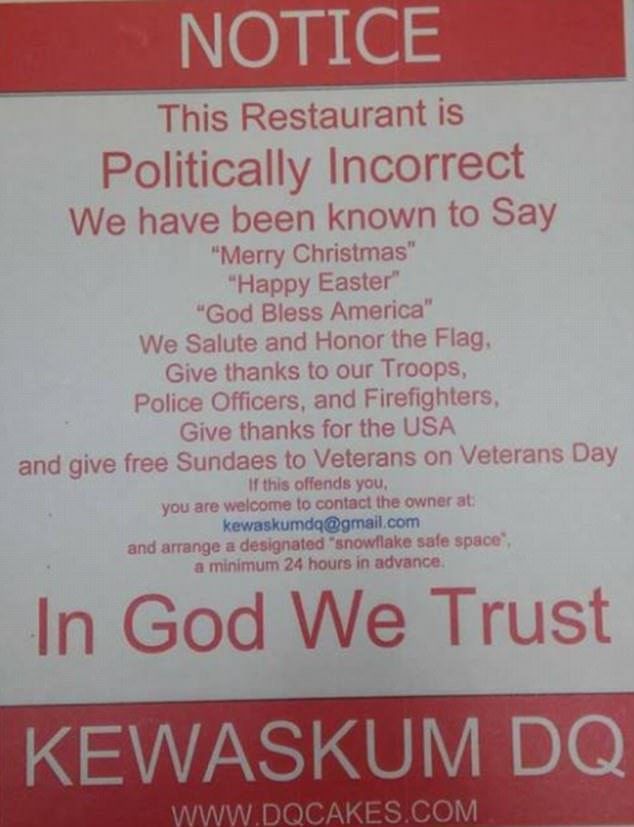 It all started four years ago, Scheunemann said, after a customer allegedly complained about the store playing Christian music. But since posting the sign, there have not been any more complaints. And for a while, there weren’t any issues — until it went viral.

A customer visiting from Oregon saw the sign and got offended. They posted about it on Facebook, saying they felt “disgusted.” “Why do businesses have to do stuff like this?!” the angry patron wrote. “I agree with freedom of speech and freedom of religion. I’m not offended by the sign, but I don’t think it was business appropriate. The part about arranging a ‘snowflake safe space’ could have been left off.”

“There are some people are agreeing with the sign (and that’s okay), but at the same time are making personal attacks towards the person who shared the picture and voiced her opinion (which is definitely not okay),” he continued.

But the sign is apparently just fine for other local business owners, who agree with Scheunemann. “He posted it on the door so you see it before you walk in,” said April Serwe, the owner of a local bar. “You don’t have to walk in if you don’t agree with it.” Resident Liz Torrison also said she wasn’t offended. “In this small community, I don’t think it’s a problem,” she said. “We’re all just liking each other and having fun.”

“American Dairy Queen Corporation does not encourage our independently owned and operated franchisees to post non-business related messages in their locations or on their external reader boards,” they said in a statement. “This sign expresses the views of this independent owner only and does not speak for ADQ Corporation or any of our other independent franchise owners. We expect our franchisees and employees to treat every person who walks through our doors with the utmost dignity and respect. Nothing less is acceptable.”