So, I Understand There’s Some Sort Of Soccer Thing Going On?

I initially became aware there was some sort of: :  soccer series, bowl, contest, kick-off — whatever they call it — going on because when I was scanning for links for Linkiest, I kept running across pictures of soccer hotties: 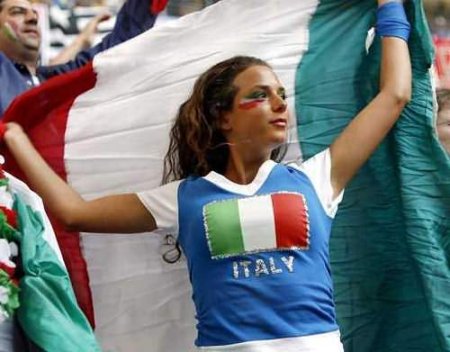 While I did peruse several of these “articles” (does a post full of nothing but pictures of hot women who like soccer really count as an article?), I didn’t take the time to find out what event inspired the posts.

Nothing against:  soccer, but if I wanted to be bored to sleep, I’d still be working for someone else and falling asleep in meetings (Yes, really). What can I say? I’m really just not cut out for handling tedium…and let’s be honest, I’m pretty sure soccer is a tedious sport.

I say pretty sure because I’ve never actually watched a game, although I vaguely remember playing one season of Boy’s Club soccer as a kid. Oddly, I can’t remember ANYTHING about the season at all; : so my assumption is that it was so dull my brain has blocked it out to protect me.

So, I just sort of assume this depiction from The Simpsons, back before it jumped the shark, is a pretty accurate depiction of what goes on,

Now, you may be saying,:  “Ok, if:  soccer bores you so much, why are you writing about it at all?” : Well, last night a friend of mine forwarded me a post about conservatives and soccer[1] and suggested I write about it. So, I looked at the article, read about five lines, got bored because it was soccer, and lost interest. However, because I’m dedicated, after I started writing this piece, I cranked up some DMX to counteract the soccer boredom and went back to read the whole piece.

Long story short, there were a couple of conservatives trying to come up with political explanations for why so many Americans don’t like soccer. I have a simpler explanation: It’s really slow, really boring, and nobody knows or cares who the players are.

Is that a cop out? Should I give you socio-political explanation? Ok, here’s one: America has done so much that we don’t need to get validation as a nation from how well our team does in a sports tournament — unless it’s Mortal Kombat. If that actually existed and we weren’t making up most of the team there, I think we’d feel like we weren’t doing our part.

So, enjoy your soccer thing world — and PS, I’m assuming America has a team entered and I do hope we win. Not because I care about winning, but because it would be TRULY DELICIOUS to pull off a victory in a sport we don’t care about, while the rest of the world is frothing at the mouth over it.

PS #2: If somehow an American team does end up in the championship thing, I do promise to watch the game for 5 minutes before I get exasperated with the fact that nothing’s happening and watch a DVR’d episode of Aqua Teen Hunger Force instead.