So, since American insanity set precedent[1], we must comply with global insanity? I don’t care whether it is an American or a Spaniard or a cave-dwelling throwback… if they are selling land on the moon, sun and the stars, that is fraud and a criminal act. This woman’s logic is that since an American got away with it, she should too. His criminal deeds justify hers and on it goes. This is entitlement mentality and just whacked. Because Duran claims she staked ownership of the sun before anyone else did (epic fraud), she should be able to sell plots of land on it. It’s a ball of hot plasma[2], land isn’t even available on the sun, you dimwits. Never mind that no human can own the sun, much less even visit it without being incinerated… nope, a court has ruled she can sue eBay over her right to sell that land because they banned her fraudulent account. Face palm. 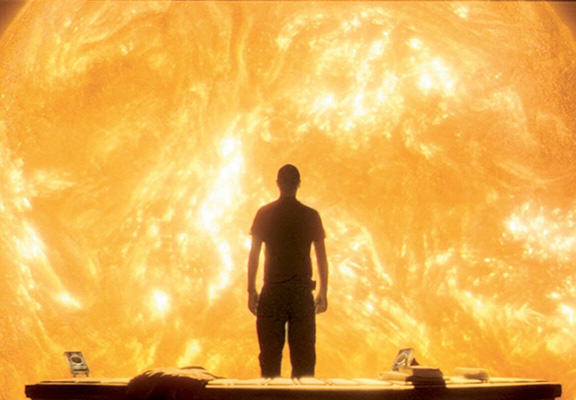 A Spanish woman has won the right to take Internet giant eBay to court after they refused to allow her to sell plots of land on the sun.

Maria Angeles Duran claimed ownership over the star in November 2010 and set up an eBay account selling plots on it at the price of €1 (74p) per square metre.

And now a magistrate’s court in Madrid has declared that Duran has the right to challenge eBay’s decision in court after it blocked her account on the site.

Duran was inspired to register the fiery star in her name and set up the venture after seeing an American man who had done the same with the moon and other stars.

She planned to sell off the land and then distribute the profits across Spain, while donating 10% to end world hunger, and keeping 10% for herself. 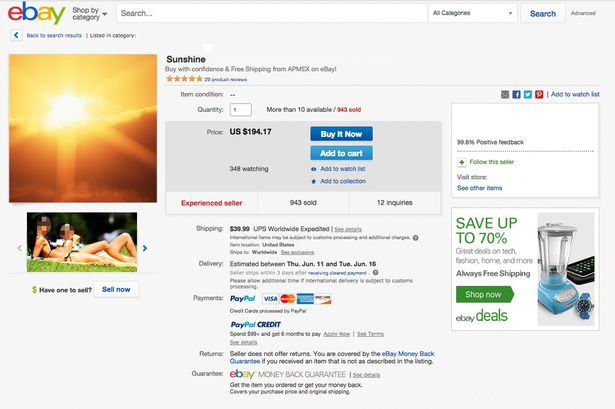 At the time, Duran explained her business plan to the Daily Mail, saying:

There was no snag, I backed my claim legally, I am not stupid, I know the law. I did it but anyone else could have done it, it simply occurred to me first.

According to Duran, she received 600 orders worth €1,200 but eBay closed the page because they believed it to be a scam. She was charged €101 in commission by eBay but was unable to collect the money paid by her customers.

In 2014 she filed a suit for breach of contract, asking for €10,000 in compensation. The trial is set to take place in mid-July, according to Spanish newspaper La Voz de Galicia.

So it may not be long until all those angry customers get their all-important plots of land on the sun.

Lord Sugar would be proud of this girl’s ingenuity, although quite what these hopeful customers are planning to do with their land on the sun we’re not sure. Get a really good tan, perhaps?

And what about the brain trusts who actually bought the land? Hmmm? She received 600 orders – what kind of freaking moron buys into a scheme like this? What kind of idiot judge rules that this woman can sue eBay? Man, there must be far more nut cases and lunatics worldwide than I had imagined. Sorry, I don’t call this ingenuity (although the author said it tongue in cheek, I’m sure). I call this being a grifter and milking poor saps of their money. Get a tan indeed. What next? A pending lawsuit over skin cancer caused by real estate shopping on the sun? What utter bull crap. Although, if she were sued over that it would be a bit of poetic justice. Just sayin’.