A brave and good man[1] did what needed to be done when he heard the parents of a 13 year-old girl screaming that she was drowning. Tim Brumit is 6 ft., 4 in. He dove into deceptively shallow water and instantly crushed two of his vertebrae, paralyzing him from the neck down. The girl was rescued by another boater and Tim was pulled out before he perished by another soldier and was rushed to the hospital. Sergeant First Class Tim Brumit is an Army Ranger and one of the bravest of the brave. He has two small children and has vowed he will recover and walk again. That is inspirational and I have no doubt that Tim will do it. 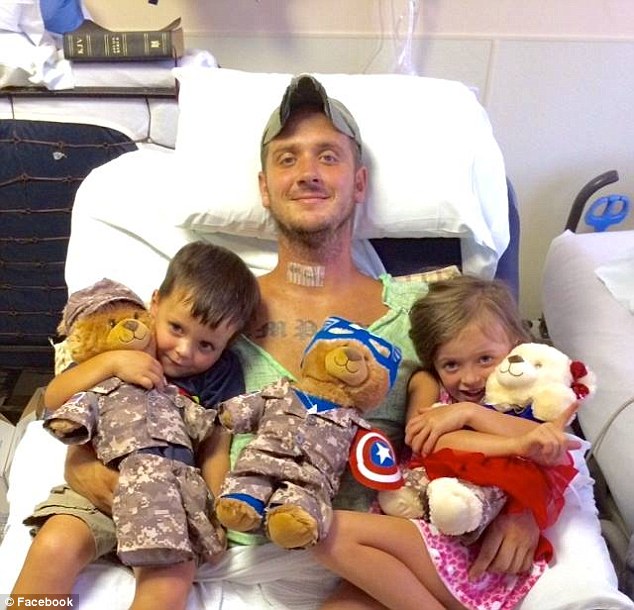 In this Facebook photo posted on Sunday, Tim is seen with his two children Hallie Kate and Connor in his hospital bed.

A Special Forces solider has been left paralyzed from the neck down after diving into the sea to save a girl from drowning.

Sergeant First Class Tim Brumit jumped into the waves at Crab Island, near Destin, Florida, amid stormy conditions after hearing screams that a 13-year-old girl was in trouble in the water.

But the 6ft 4ins Army Ranger, who has served 11 deployments in 12 years, snapped two vertebrae in his neck after diving from his boat and slamming into deceptively shallow water.

The 32-year-old told Wear-TV[3]: ‘They said don’t go in the water it’s storming, I dove. My misjudgement was that the wave moved out of the way and turned into a foot of water probably, and soon as I went, I’m 6’4, so I went in the water, hit my head first, and I’m like, oh I’m done.

‘As soon as I hit I heard a crack, a crunch and I knew it was broken, I couldn’t move my hands or legs, and I was conscious, no pain at all. I was just like well if I don’t have anyone see this, I’m not getting out of the water, I tried my best.’

The schoolgirl was rescued by someone on another boat and Brumit, a member of the 7th Special Forces Group, was helped by another soldier before being rushed to hospital.

After arriving at Baptist Hospital after the accident on Saturday July 25, it was not clear whether he would be able to use his limbs again.

But the soldier has refused to be beaten, vowing to do everything in his power to walk again – and says he wants to go for a recovery in a ‘record time’.

He told Wear-TV: ‘I’ve been through tougher. This is not gonna set me back.’

On a Facebook page ‘Tim Brumit Updates’ which is detailing the soldier’s progress he is pictured with well-wisher Fed Barona who went to the hospital to meet Tim.

Fed also survived a shallow water diving accident that resulted in a damaged cervical spine and said that he believed in helping others who had experienced similar accidents.

Fed said: ‘Five years ago I too jumped into the water off of a pier at Pensacola Beach. I grew up in these waters and knew better, but I was preoccupied with what I was doing and didn’t think. I jumped head first into about 2 feet of water.

‘I crushed my four and five cervical vertebrae and was instantly paralyzed. After A LOT of hospital time, prayer, personal faith and determination, I was blessed to be restored to what appears to others to be a “full” recovery.

‘I still have lots of issues that linger, but God has truly blessed me and my family with health as well as other things.’

The Facebook page said: ‘I watched them together and their bond was immediate. Something I can not even imagine or try to understand. God was so good in sending Fed to Tim’s side.’

A GoFundMe[4] page set up to help pay for Brumit’s medical bills in the months ahead has already raised more than $29,000.

Tim has someone who also suffered a similar injury in his corner – Fed Barona also crushed two vertebrae in a dive and had almost a full recovery through faith and sheer determination. They bonded instantly and Fed will be instrumental in standing by Tim as he meets his greatest challenge yet. Army Rangers don’t give up or roll over and wet themselves. Tim is Army tough. There is a GoFundMe page[5] that is helping Tim raise money as he recovers. I highly recommend you give what you can. America loves a scrapper and a winner – Tim Brumit is both and he’s a warrior. If anyone can declare victory in this battle, it’s Tim. 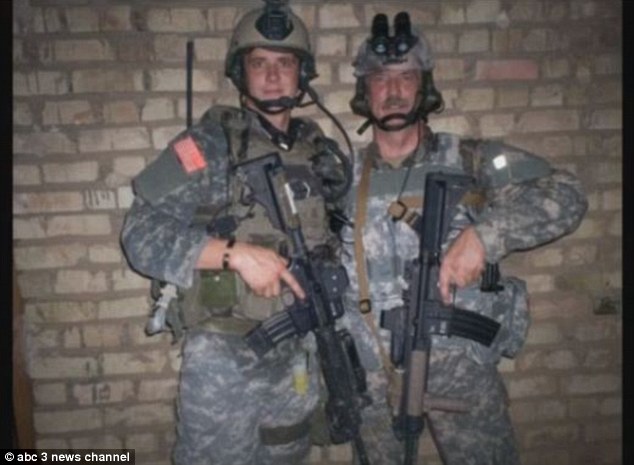 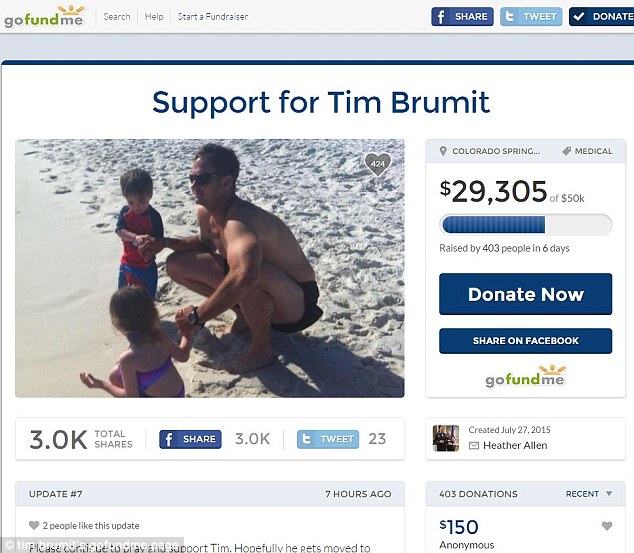