In the newest Action Comics, Superman stars in “The Oz Effect” where among other things, he is shown in a panel to be protecting a group of illegal immigrants from a white man carrying a gun wearing an American flag bandanna. The villain here, the white guy shooting at the illegals is motivated in the comic because he’s upset that the illegals are taking his job.

Some of you asked me if Action Comics 987 really shows who Mr. Oz is. It does. No spoilers here, though!#LodixNCBD[2] pic.twitter.com/FfDzLD8VDG[3]

On confronting Mr. Evil White Republican, here’s what Supes has to say: 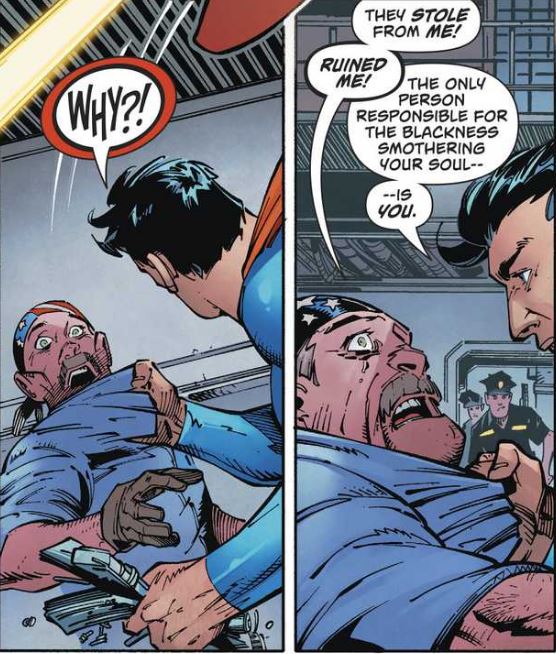 Did we mention that Superman is also no longer an American citizen?

In a fit of rage, he recently renounced his citizenship because he doesn’t want to be a pawn of American foreign policy.

Here’s a 1941 issue of Superman, showing what the modern left says they want: NAZI PUNCHING! 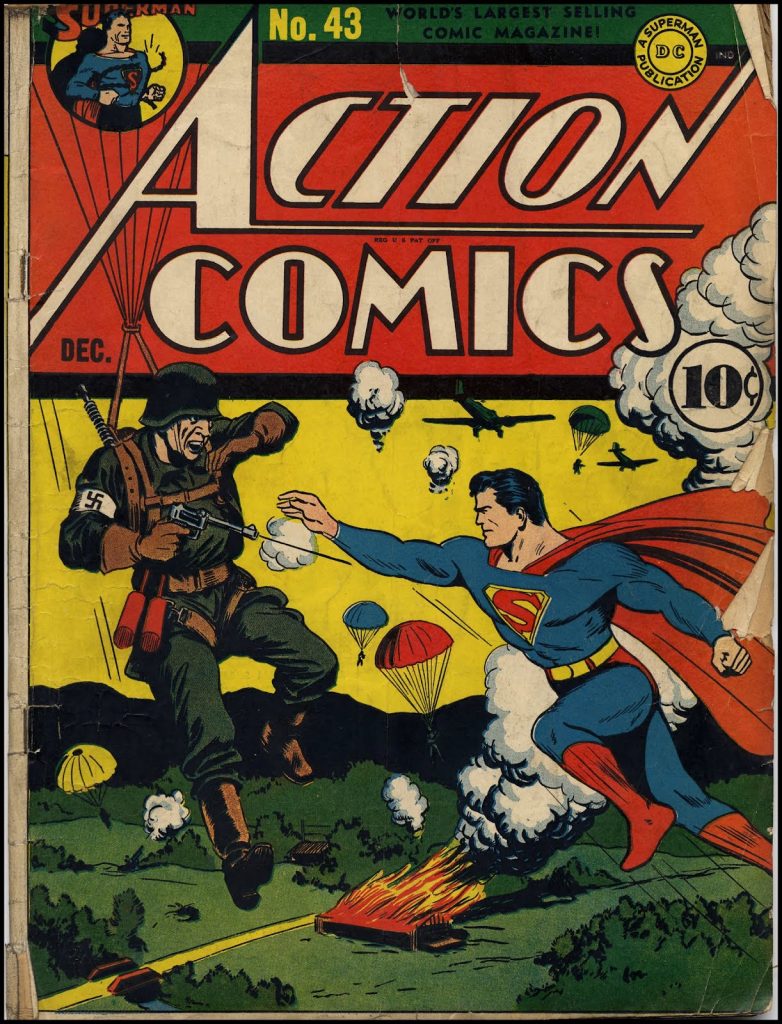 There are two big name comic publishers, Marvel and DC. Marvel owns major properties like Iron Man, Spiderman, Captain America, Thor, the Hulk, Guardians of the Galaxy, Daredevil and Deadpool. DC is famous for their Batman, Wonder Woman, X-Men and of course Superman. Marvel has been doing very well at the movie box office, but both DC and Marvel are struggling with their comics following a long string of hiring SJWs.

Sales for comics are going down every month and the way they’re combating their declining market revenue is to… continue doing what made them fail in the first place. They’re pandering to people who don’t read comics! During WW2, comics were a major export to the boys overseas and it was a very popular storyline to have heroes like Wonder Woman beat the snot out of Nazis. Now, comic heroes are… protecting illegal aliens, or something.

Nerd and geek culture has been under constant pressure for years now, as entertainment and good design are sacrificed on the altar of political correctness. Years ago, supported by Adam Baldwin, the #GamerGate campaign started in response to a “Game Developer” named Chelsea Van Valkenburg (pseudonym Zoe Quinn), when it was discovered that she was found to be trading sexual favors in return for good reviews on her awful game, Depression Quest. She (sorry, she’s transgender or binary polyqueer or something now, and goes by “they”) just recently put out a book  called Crash Override whose Amazon reviews are deleted when anyone brings up the fact that she had been harassing people online for years before pretending that she was the real victim.

If you’ve noticed that there’s been an uptick in upstart young free speech supporters, a lot of it is because of the changes made to media that typically appeals to young people.

So, that’s Superman with DC, but what about Marvel?

Well, the guy who makes a large quantity of money portraying Captain America on movie screens dug himself into a hole by moaning about Trump on Twitter dot com.

They did not die because of you. They died because of a hateful, ignorant, pathetic, EMBOLDENED piece of trash. https://t.co/Slieadp763[7]

Unacceptable. This man disgusts me. If you dont think Trump has played a role in this unapologetic wave of ignorance and hate, you are WRONG https://t.co/C8zfocpv3W[9]

This administration LOVES to distract. This will only make it harder for women to stay healthy. Government $ can't be spent on abortions! https://t.co/2fNrILW90P[11]