You have to respect a mega-celebrity/entertainer[1] taking a stand for their Christian faith. Selena Gomez has written a new song entitled “Nobody.” It’s about her relationship with God. It’s a beautiful, moving song. I’ve always enjoyed her music and thought she was incredibly talented, but this song… just wow. She took to the stage at Hillsong Church’s Young & Free Revival Concert on Feb. 25th to sing her hit song. Selena sang about her spiritual side, breaking out a powerful performance of ‘Nobody.’ 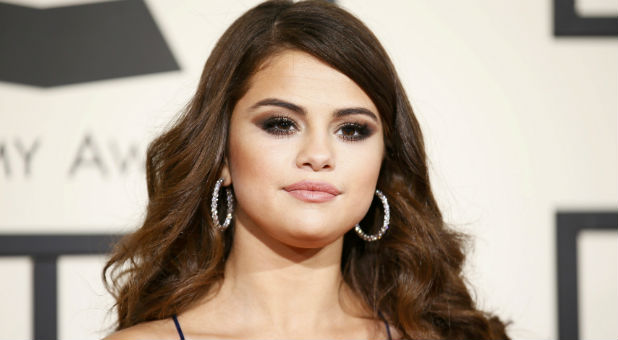 Pop sensation Selena Gomez dropped by the Hillsong Young & Free concert recently to perform her song, “Nobody,” which she says is about her relationship with God.

She and the worship band then performed “Nobody,” at the Belasco Theatre in Los Angeles[3].

She joined Young & Free, a Christian band and youth movement from the Hillsong Church in Sydney, Australia. Together, Selena and the band broke into song where the “Same Old Love” singer raised her arms in the air and encouraged those gathered to join along in song. She revealed that the song was inspired by her relationship with God when she replied to a fan on Twitter, according to Billboard. “Nobody is about Him.” It adds a much deeper and spiritual meaning to the song’s lyrics, as Selena sings “”No heart, no hands, no skin, no touch / Can get me there, nowhere enough / To love me like you do, to love me like you do.” Selena has been very open about her faith and her relationship with the Hillsong Church. She’s spent time doing bible study there and is committed to devoting herself to God. I think that is fantastic.