I love Ted Cruz[1] and this is exactly why I believe he should be president. He’s calling out Obama over violence against police just as he should. #BlackLivesMatter is running wild in the streets calling for the death of cops and violence. Cops are being executed in broad daylight and anarchists, racists and communists are roving the country trying to stir a race war. Officer Goforth was brutally assassinated Friday night in Houston by a black man who came up behind him and shot him multiple times in the back of the head and his back. As he laid on the ground, Miles emptied the rest of his clip into the officer – that’s 15 shots. Obama called four days later. That’s disgraceful. Goforth’s funeral will be this next Friday and thousands will show for it, just as they did over the weekend in a show of love and grief over the horrific death of one of our boys in blue. Ted Cruz is laying the blame at Obama’s feet where it belongs. He’s stating his support for the police and how a president should unite a nation; not divide it along racial, class and cultural lines the way Obama has. 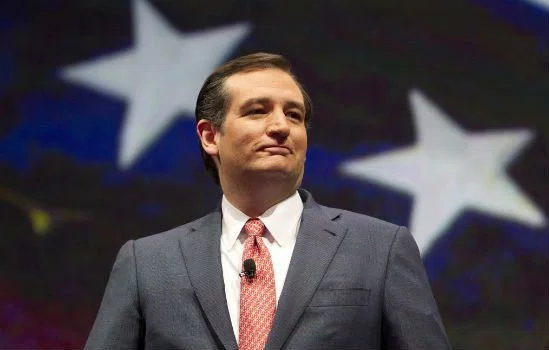 With the rise of the anarchist and racist #BlackLivesMatter movement, one that is reportedly being funded by anti-American, international socialist billionaire George Soros, we have seen an increase in violence towards police. The group has been a powder keg of racial unrest fueled by the divisive and hate-filled rhetoric of Barack Obama, Al Sharpton, Jesse Jackson and Eric Holder, who was attorney general when Michael Brown was shot in self-defense by Officer Darren Wilson after Brown attacked him.

One person who is calling out those who have created a dangerous environment for police with their vitriol is none other than constitutional conservative and Republican presidential candidate, Texas Senator Ted Cruz.

The execution-style killing[3] of Deputy Darren Goforth happened in Cruz’s hometown of Houston, Texas on Friday night. To date, Barack Obama has not said one word about about the assassination of Goforth. Ted Cruz called him, and those who he also feels are complicit in Goforth’s murder, out on it.

While campaigning in New Hampshire on Monday, Cruz lambasted[4] this ongoing assault against police in this country calling for leaders to stand up against this assault. Not afraid to call out those who he believes bear responsibility in creating this dangerous and hostile environment for police, Cruz even placed blame on Obama himself.

“We stand with our police officers, we stand with our fire fighters, with our EMS, with our first responders. These are brave men and women who risk their lives keeping us safe. We are seeing a manifestation of the rhetoric and vilification of law enforcement that is coming from the top — all the way to the President of the United States and senior administration officials,” Cruz said.

Cruz continued with his denouncement of the dangerous rhetoric and unsafe environment created by it that has been fostered by the Obama regime.

Radical ‘protesters’ have often walked through the streets of major cities outright chanting for the death of police officers. In fact, hours after Deputy Darren Goforth, who is white, was ambushed and assassinated by a black man for no other reason than the fact that he wore a badge, these black racialists, and their white sympathizers[5], marched in Minnesota chanting “Pigs in a blanket. Fry ’em like bacon!”

In December 2014[6] in New York City, #BlackLivesMatter anarchists marched through the streets chanting “What do we want? Dead cops! When do we want it? Now!” One week later, NYPD Officers Wenjian Lu and Rafael Ramos were killed by a black man as they sat in their patrol car. Their deaths, like that of Deputy Goforth, were also determined to be an outright execution. Their killer, who took his own life, had announced on Instagram, “I’m Putting Wings on Pigs Today.”

Cruz wanted to let it be known that he stands with not only our law enforcement, but all first responders. He said, “They are American heroes.”

He closed out his remarks by calling out Obama for the division he has created not only among racial lines, but also for the vilification and attack by him of law enforcement.

After the murder of Deputy Goforth, Harris County Sheriff Ron Hickman also called out the anti-police rhetoric that has begun permeating this country. Hickman said, “When rhetoric ramps up to the point where cold-blooded assassination has happened, this rhetoric has gotten out of control. We heard ‘black lives matter.’ All lives matter. Well, cops’ lives matter too, so why don’t we drop the qualifier and say ‘lives matter’ and take that to the bank.”

All lives matter… blue, black, white and every color under the rainbow. Unborn lives matter. Lives matter period. To say that is not hate speech. To proclaim one race sacred and their lives matter above all others is hate speech and racist. Cruz honors everyone as a leader should. He puts special emphasis on the quiet heroes among us – cops, firefighters, EMTs and others who rush into the chaos instead of from it. The hunting down and assassinating of police officers will not be tolerated. Everyone is on high alert now after this and if it keeps up, I wouldn’t blame the police for shooting first out of a sense of self-preservation. If this isn’t stopped, you will see Americans start to rise up against it and vigilantes will be born. It will devolve from there. We have to stand on our faith and courage and tell these thugs this won’t be tolerated. Chase them out of our neighborhoods and support the police 100%. America is a just nation and we stand on constitutional law and with the Thin Blue Line. And we should stand with Ted Cruz as well.