This is a truly inspirational story.[1] This teenager was going home and passed a bus stop where a man and woman were arguing. He could see the fear in her eyes and made a decision. He chatted up the guy who asked for money for bus tickets. Malyk decided to buy them both bus tickets and lie and say he was going where they were as well. He made friends with the guy on the bus. When they got to their destination, he offered to buy them dinner. Malyk’s cell phone had died, so he went to a restroom and borrowed a phone to call the police. They came and arrested the man for kidnapping and the woman wept with gratitude. Bonnet is a reluctant hero, but one nonetheless. 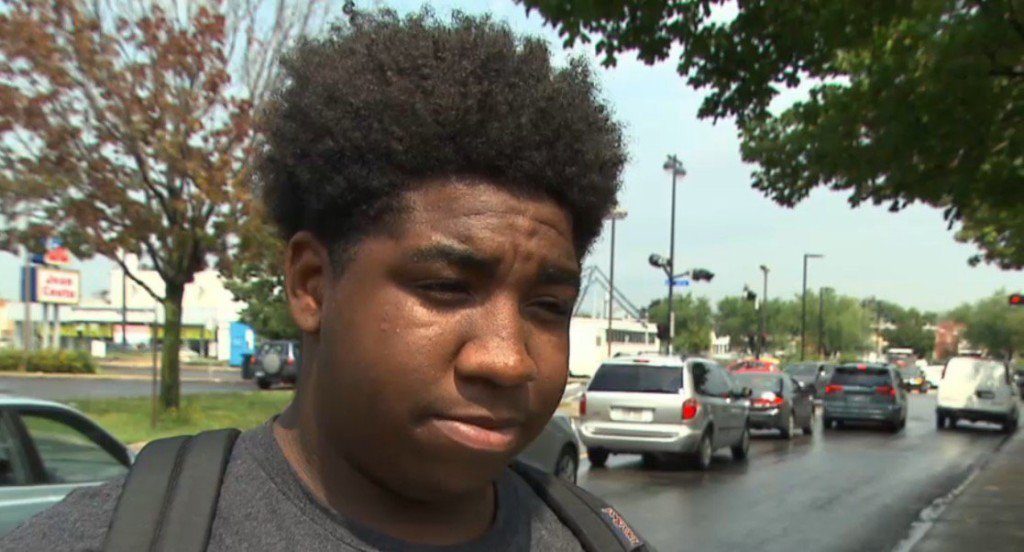 Seventeen-year-old Malyk Bonnet says he doesn’t think of himself as a hero. But the woman who owes her life to his courage and good judgment would probably disagree.

As CBC News reports[3], Bonnet was on his way home from work when he noticed a couple arguing by a bus stop. Persuaded that the man might hit the woman, Bonnet approached them.

When the man asked Bonnet for money to take the bus to Laval, Quebec, Bonnet noticed how frightened the woman seemed and formulated a plan. He decided to give the couple money for the bus trip, and told them that he also lived in Laval and would travel with them.

“My plan was to keep them in a public place, where there’s a lot of people,” Bonnet told CBC News. “I decided to make myself friendly with the man, so he would trust me. So I played my game,” Bonnet said.”

As he rode with the couple to Laval, making friendly conversation with the man — and waiting for the right opportunity to call the police — Bonnet had no way of knowing that the police were already searching for the couple.

The man was an ex-boyfriend who had already assaulted and made death threats against the young woman.

“We were looking for a 29-year-old woman who was kidnapped by her former boyfriend earlier that day, and we believed that man was very dangerous,” said Lt. Daniel Guérin of the Laval police.

Unfortunately, Bonnet’s cell phone died and he needed to find a way to make contact with the authorities. After they arrived in Laval, Bonnet offered to buy the couple a meal and even gave them $50 for food. 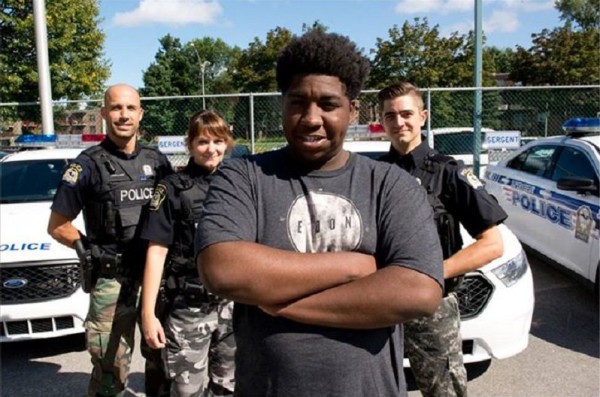 While in the restaurant, Bonnet pretended to go to the restroom and used another customer’s cell phone to call the police.

The Laval police arrived minutes later and arrested the kidnapper, who hadn’t even realized that it was Bonnet who turned him in.

“He was really surprised, he didn’t know that it was me,” Bonnet told the CBC. “So I played my game right.”

As her abductor was taken into custody, the woman’s relief was obvious.

“She was almost crying. She was so happy, so happy not to be with him,” said Bonnet.

Though Bonnet says that he wasn’t worried about his own safety, he is being commended by the Laval police for his good deed. 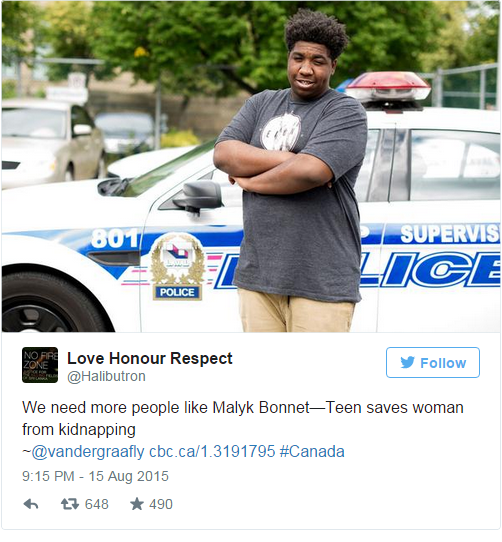 The officers took up a collection to reimburse Bonnet for the bus fare and food money he spent in following the kidnapper and intend to nominate him for an award for bravery.

“He managed the situation very well and took good decisions that probably saved the life of this woman,” Lt. Guérin told the CBC.

Bonnet’s heroism has made him a bit of a celebrity in his home city of Montreal, where he was even featured on the front page of the Journal de Montreal. During his interview with CBC News, several passers-by stopped to shake his hand, and one even asked Bonnet to pose for a selfie with him.

It’s fitting, however, that Bonnet’s biggest fan is his mother.

“My mom is so proud of me,” said Bonnet. ‘She bought like eight Journals. She’s like, ‘I’m going to show them to your kids one day.’”

Bonnet did what few others would have done and in doing so, he saved a life. The police are putting him up for an award for bravery. The police raised money to reimburse Bonnet, who didn’t ask for it. This kid is a true role model for others. This is a very brave young man and he handled the situation brilliantly. His mom is beyond proud of Malyk and she should be. I just wish there were more like him. Canadians have heroes in their midst and this is one of them. It’s refreshing to hear a happy ending for a change. Malyk Bonnet will grow to be a true leader. What he did wasn’t just a good deed, it was an act of life-saving courage and selflessness.