TEXAS: A Muslim family murdered a woman for converting their daughter to Christianity [Video]

This should not have taken two years[1] to accomplish. What a horrific waste. A young Muslim girl in Texas, befriended an Iranian Christian. The father blamed the Christian for his daughter converting to Christianity. He murdered her. 10 months later, he murdered his daughter’s Christian boyfriend. At first, he made it look like self defense, but it was staged. The mother and son are also being charged with murder of the Iranian girl and the other daughter is being charged with stalking. They are still working on pending murder charges on the boyfriend. The family is also being prosecuted on massive fraud charges. When evil criminality and violent religious zealotry mix, it never ends well. The daughter is now in hiding because of the honor killing. 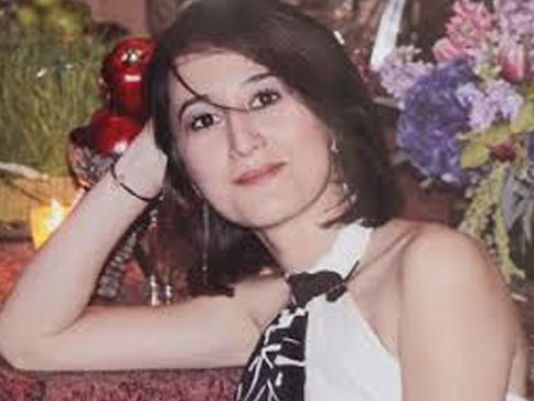 It’s taken two years to see this through, but a Muslim father and members of his immigrant family from Texas (originally from Jordan) have been charged with murder of a woman for helping convert their daughter to Christianity. The father also murdered the Christian husband of his daughter who she ran away with.

KHOU[2] – Investigators in Houston now say an Iranian activist was gunned down by Jordanian immigrants in 2012 because they believed she helped convert their Muslim daughter to Christianity.

Gelareh Bagherzadeh, a 30-year-old researcher at MD Anderson, was shot to death outside her parents home in the Galleria area.

Ali Irsan, 57, is charged with capital murder in the case. His wife, Shmou Ali Alrawabdeh, and their 21-year-old son, Nasim, are charged with murder.

Bagherzadeh was best friends with Ali Irsan’s daughter and he blamed her when the daughter left home and married a Christian, according to investigators.

“Nesreen Irsan would not succumb to her father’s complete domination and rule of her. And she left his home without his permission and went into hiding,” said Harris County District Attorney Devon Anderson.

Ali Irsan is also accused of killing his daughter’s husband 10 months after Bagherzadeh was shot to death. Coty Beavers was the twin brother of Bagherzadeh’s boyfriend.

“These two murders are linked by the belief on the defendant’s part that his honor as a father and a Muslim has been violated by his daughter, who defied his rule and married a Christian man,” said Anderson.

The Irsan’s daughter Nadia is charged with stalking her sister while trying to find out where she and Beavers were living.

I really can’t fathom why this is taking so long. They’ve had the father, mother and son in custody for a year and a half. The Jordanian father was obviously a controlling Muslim, who would not stand for his daughter becoming a Christian or associating with them. It’s insane… a mental illness and the blackest of evil. Now, a beautiful young Iranian Christian is dead and a handsome, loving boyfriend is gone as well. I hope that family gets the book thrown at them and that they rot in hell for what they did. Honor killings should not be tolerated in America at all.