Texans are not going to stand for Sharia law in their state…[1] don’t mess with Texas! Texas now joins a number of other states that are passing legislation that bars Sharia law from being recognized in their courts and legal system. Muslims won’t get their way in the Lone Star state. They’ll have to take it somewhere else. This measure is mostly symbolic, but it does set legal precedent to prevent Sharia law from being used as a basis for any type of legal ruling in Texas. Muslims are screaming over it, but too freaking bad! If you live in the US, especially in Texas, you need to follow American laws and Constitutional precepts. Muslims should integrate into American culture, not the other way around. 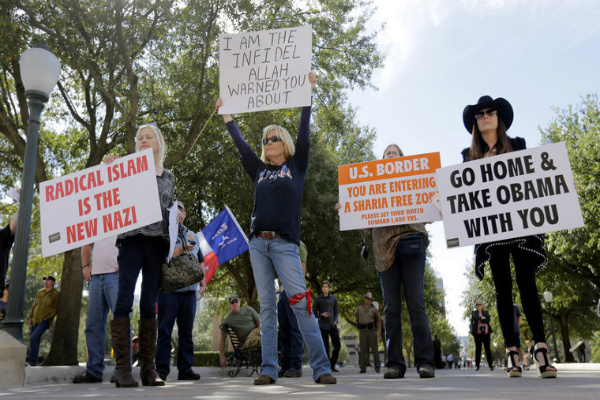 Over the past few years, Texas has been quick to take a stand against President Obama and implement the laws necessary to protect its citizens. Now, the Texas legislature has just passed a law designed to permanent bar Muslims from instituting Sharia Law in the Lone Star State.

While State Sen. Donna Campbell doesn’t specific measure Islamic law in the bill, her measure guarantees that no laws from ‘foreign courts’ will be admissible by Texas civil court judges. “It’s just to provide some belt and suspenders to make sure that, with judicial discretion, we don’t trump Texas law, American law, with a foreign law regarding family law,” Campbell told reporters.

Muslim groups have already criticized the bill, calling it a “solution looking for a problem.” They also argue that the bill will only perpetuate Islamophobia. What do you think? Do you support the measure?

At least six other states have just recently passed similar legislation and we can only hope many more will follow. Sharia law must not be allowed to become entrenched in our legal system. It is a set of laws and punishments that function outside our Constitutional and legal system. It abides by the Quran and does not recognize individual freedoms. It is a brutal theocratic political construct that bastardizes and makes a mockery of our judicial and legal proceedings. I wholeheartedly support this measure. This isn’t Islamophobia… it’s sanity. We don’t allow one religion to rule our nation or our legal system. That especially applies to Sharia law and its barbaric practices.