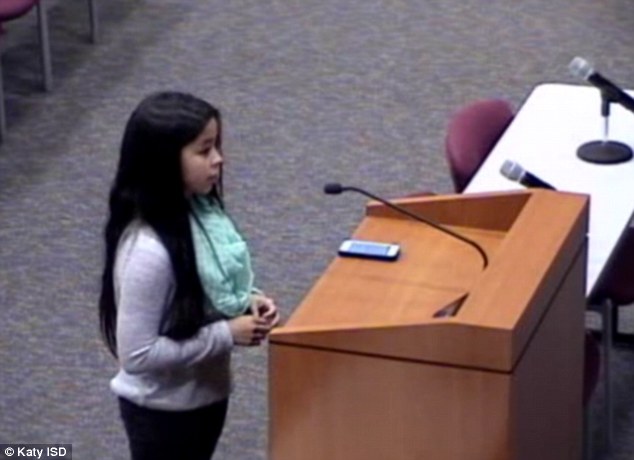 A student says she was forced to say that ‘God isn’t real’ to pass a class assignment.

The seventh grader, Jordan Wooley, was given an assignment at West Memorial Junior High School in Katy, Texas, which asked students to identify whether something was ‘fact’ or an ‘opinion.’

The list of statements included ‘There is a God.’

Wooley says she answered the statement by saying that it was both fact and opinion, depending on one’s faith, according to KHOU-TV[3].

The student told KHOU[4]: ‘Based on my religion and based on what I think and believe, I do not think it was a common place assertion.’

The student added that she was ‘shocked’ that it was suggested that she should have to say God isn’t real.

The student was so distraught she told her mother, Chantel, what had happened, texting her, according to her testimony before Katy ISD’s Board of Education, ‘We had to deny God is real. Yeah, we had to say he was just a myth … She told me I was wrong bc I put it was fact … I said he is real and she said that can’t be proven,’ reports EAGnews.com[5].

The irate mom complained to the school.

The school says the teacher is extremely upset and also a Christian, and that she just meant for the assignment to encourage critical thinking.

A spokesman for the school said the teacher ‘shouldn’t be vilified.’

Woolley testified before Katy ISD’s Board of Education: ‘Today I was given an assignment in school that questioned my faith and that told me that God is not real.’

Dr. Rom Crespo, the Coordinator for Parent and Patron Assistance Center of Katy ISD, told the Daily Mail Online that ‘at no time did the teacher say that God was a myth or God wasn’t real.’

He added that ‘the appropriate personnel action’ has been taken but would not comment on whether the teacher would be reprimanded or fired.

The assignment has been pulled.

The school is covering its butt royally here, first claiming that the assignment was not graded and that it was ill-conceived. They are also calling the student a liar, by saying the teacher did not tell her that God is not real. They also reworded the answer somewhat and claimed the teacher was a Christian. Christians don’t tend to word things that way. If the teacher was so innocent, why was ‘the appropriate personnel action’ taken? They wouldn’t say whether she was reprimanded or fired. Any bets on firing? The assignment was pulled – once again, if there was indeed nothing wrong with it, why was it pulled? Shame on these people and their political agendas. 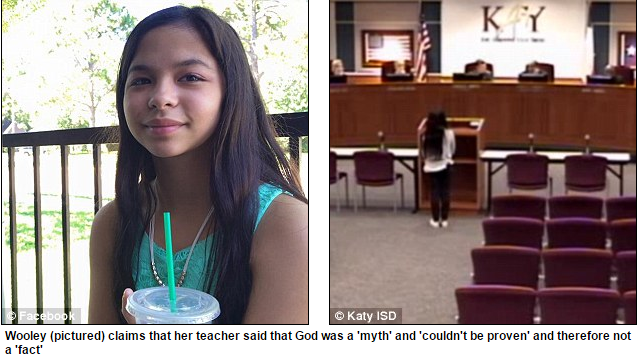 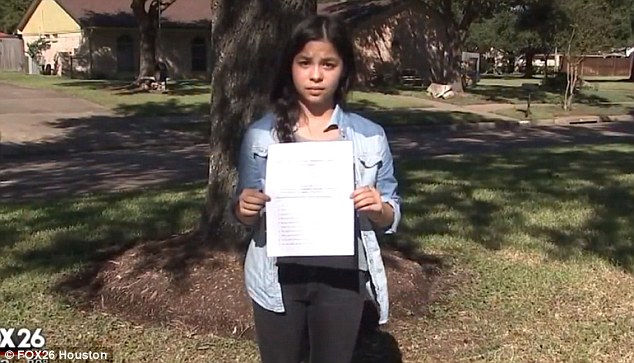