I have heard this mantra over and over lately[1], labeling the NRA some kind of terrorist organization. It’s outrageous. In California (are you surprised?), Common Core has slipped a study guide into the curriculum called “The Battle Over Gun Control.” It goes over moderate gun control failing after Sandy Hook because of the evil NRA. This is a classic example of propaganda from the government and why parents hate Common Core and distrust it as they do. This was subsidized by NPR the National Writing Project. In other words, Marxists. This is inserting a political agenda into class studies for children, pure and simple. 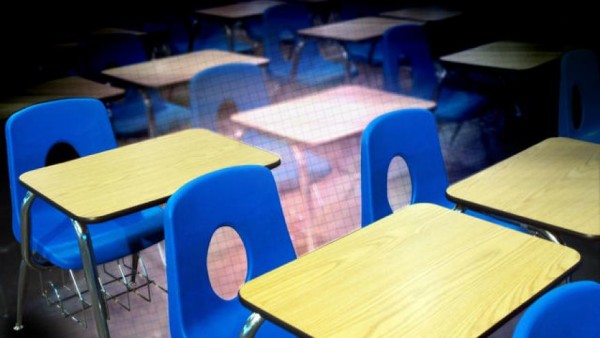 Common Core backers are sneaking a social and political agenda into nationalized curriculum, say critics, who now have new ammo in a writing lesson plan for teachers that they say gives a slanted perspective of the gun debate.

“The issue took center stage in December, when a lone gunman entered an elementary school in Newtown, Conn., killing 20 children and six adults in one of the deadliest mass shootings in U.S. history,” reads an intro from the guide. “Yet, months down the line, the issue remains highly controversial: An attempt to enact moderate new gun control measures this spring was voted down in the Senate, due in part to the powerful political influence of gun rights groups like the National Rifle Association.”

Concerned parents and longtime critics of Common Core say that this is just another example of flaws associated with the federally-imposed standards. While Common Core itself is not technically a curriculum, it drives classroom lessons by imposing a standard, nationalized test. Both private and nonprofit curriculum providers tout their material for its alignment with the standards tested in the Common Core examinations.

“This guide shows that the common core philosophy of education is coming to all schools.” Alice Linahan, founder of Voices Empower, a grassroots organization that opposes Common Core, told FoxNews.com. “It’s a shift from teaching fact to teaching attitudes, belief and behavior.”

Linahan says that she is not so much concerned with the gun-control views in the lesson but that such methods may leave students unprepared for the real world.

“Does a child get a job because they can read well, write well and have competent math skills, or do they get a job for supporting gay marriage and gun control?” she said.

“The Battle Over Gun Control” also lists eight relevant Common Core standards for English, Language Arts and Social Studies and how to use methods like information gathering from varied media and other formats, comprehension of informational texts and analytical writing with substantive arguments. The Department of Education funds the National Writing Project with grants that total more than $25 million annually[4].

Critics say the guide purports to give both sides of the hotly contested topic, but steers the debate to favor stricter gun control. In what the authors refer to as “key points on the gun control issue” from an NPR blog[5]. The “Topic Background” contained in the guide explains that “interpreting the intent of the framers of the Constitution is at the heart of the gun-control debate.”

The materials offer “guiding questions” for students such as:

-“Are rules and guidelines that were created over 200 years ago still applicable today?”

-“When a greater number of people in our society own guns, are we safer or more at risk?”

Other resources provided are an infographic titled, “Armed to the teeth: Gun ownership in America,” and originally published by GOOD magazine, which calls itself “a magazine for the global citizen.”

It is not clear how widely the lesson has been distributed, although schools throughout the country have used lessons prepared by the National Writing Project.” Officials for KQED did not respond to requests for comment.

National Writing Project Executive Director Elyse Eidman-Aadahl said that both her organization and the NPR affiliate stand by the supplemental teaching materials.

“[T]he National Writing Project and KQED both feel it is important for students to engage in fact-based conversations about issues that matter to them, their families, and their communities,” she told FoxNews.com in a written statement.

Linahan says that materials such as “The Battle Over Gun Control” will be continued to be used in schools nationwide if the Elementary and Secondary Education Act, which provides funding for schools, is re-authorized.

“What will be mandated in the act, if it’s renewed, will continue a shift in our education system and makes it federal law,” she said, adding that her organization, Voices Empower, is looking to campaign against the upcoming re-authorization.

The Common Core State Standards Initiative was devised by an association of the nation’s governors and backed by the Obama administration in 2009 with the goal of setting a uniform standard for grades K-12 nationwide. Some 45 states, in many cases enticed by federal grants, have signed on and are testing students in grades 3-8 and once in high school.

Critics of the initiative maintain that it is not the federal government’s job to impose educational standards.

All of this was founded and started by the Obama Administration. It’s incredible that they ask if rules and guidelines created 200 years ago are still applicable today. In other words, get rid of that old, outdated Constitution and Bill of Rights. I’m sure they have something MUCH better in mind. I’ll bet these students are graded on just how they answer those questions. The more conservative and constitutional they are, the poorer the grade. Get your kids out of the public school system whatever it takes and do it now.