I dare you to not get choked up over this.[1] Thousands came to pay their respects to Justice Antonin Scalia today, who lay in repose at the Supreme Court. Amidst the grief, the memories and the love for a legendary Justice, one man strode forward to honor Scalia in his own way. Somberly, a lone bagpiper, Ben Williams, who is a former government teacher from Maryland, began to play his pipes. He respected Scalia for his service to America and the giant that he was constitutionally and legally. He played for all he was worth and moved everyone there. It was a great sendoff for a great man. Outlawed tunes on outlawed pipes… we play for thee… going home. 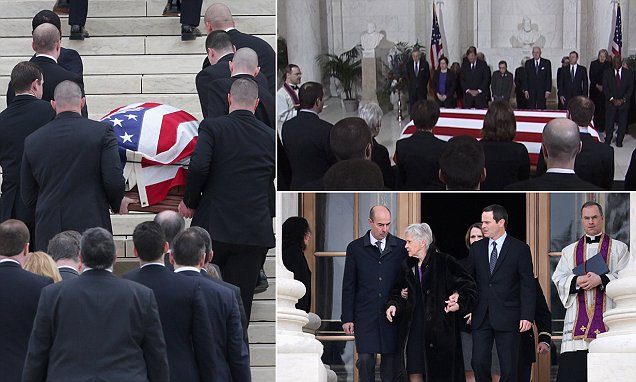 The lines were very long outside of the Supreme Court today as thousands waited[3] to pay their respects to the late Justice Scalia, lying in repose.

The moment was somber and silent, with the exception of a lone bagpiper, Ben Williams, a former government teacher from Maryland, who came to play today because:

“I really respected Scalia, what he did for this country and his legacy.”

Williams hopes as I do that they replace him with someone who is a constitutional originalist. But I have grave doubts about that. Supreme Court Justice Antonin Scalia made one final visit Friday to the Supreme Court where he dominated it for the past three decades. Never again in this life will we hear his baritone voice and enjoy his humor, laughter and wit. This is such a loss for all of us, I can’t even put it into words. It just breaks my heart. Scalia was honored by the remaining eight justices and 98 of his former law clerks, all of whom stood as one of Scalia’s nine children, Rev. Paul Scalia, recited a brief prayer. The Justice’s widow, Maureen, and his eight other children sat before the casket, with dozens of grandchildren standing behind them. Justice Scalia had 35 grandchildren. He was the son of an Italian immigrant and a true American in every way. He is one of the greatest men in history and he will be missed greatly. God speed Justice Antonin Scalia. 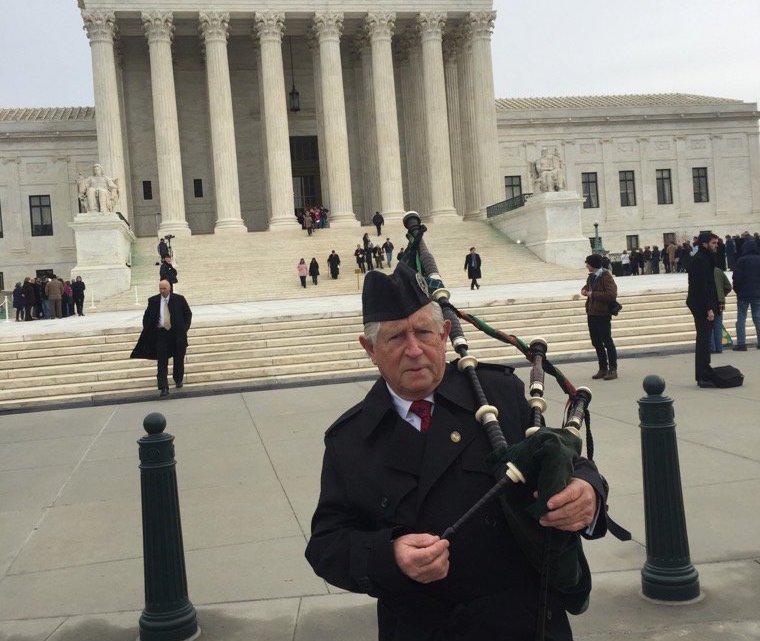