An amateur photographer snapped the image of a bald eagle sitting on a soldier’s tombstone at Fort Snelling National Cemetery and the image is going viral this Memorial Day. 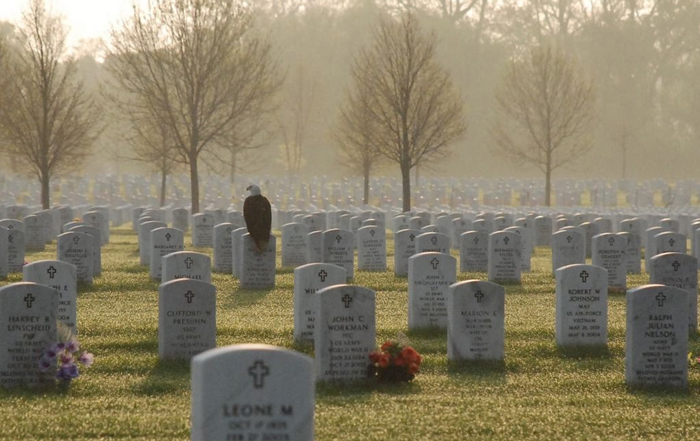 The photo was taken by one Mr. Frank Glick who was on his way to work when he saw the eagle perched on the tombstone as he was driving past the cemetery.

Jon Tevlin of the Star Tribune notes that[1] since he took the photo, Mr. Glick has been inundated with requests for the image from people all around the world, including the U.S. military which has used the image in several publications.

“It’s been pretty hard to keep up with this stuff,” Glick said. “It’s pretty amazing what’s going on.”

It is a pretty wonderful photo and one that is poignant on this Memorial Day.