Thug Invades Home… Gets TAKEN DOWN By Mom With Gun

First off, before we get to the details of the story[1], the TEC-9 recovered isn’t a submachine gun. A woman in Ohio was home alone with her two children doing laundry when three thugs kicked in her door and demanded money. Fearing for her life and her children’s, she complied and took them to a safe. She managed somehow to get away and grab her gun which was hidden in the room. Then she let loose on the criminals. They ran, but one of them got literally cored by a bullet that went in his left shoulder, burrowed through his chest, nicking a major artery and exiting the other side of his body. The cops found him outside where he unceremoniously bled to death. When he two partners in crime are apprehended, they’ll be charged with his death under the felony murder rule. Sucks to be them. 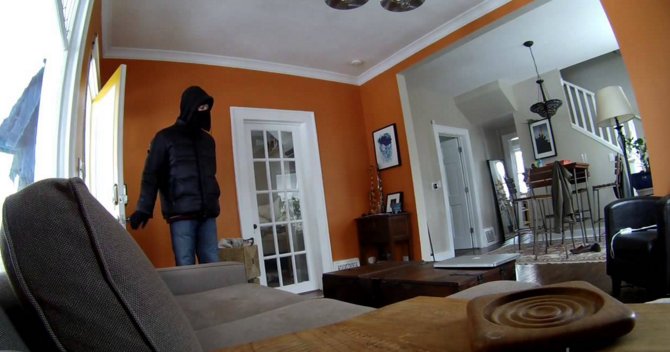 A woman home alone with two children was doing laundry when three armed home invaders kicked in her door at the end of dead-end Atlas Road in Trotwood, Ohio. Fearing for her life and the lives of her children, she complied and waited until she saw an opportunity, and then she went to war[3]:

The victim told Trotwood Police the suspects then demanded she lead them to “the money,” and that she complied, leading them into a back room where a safe was located and two other kids were sleeping.

Trotwood Police said two of the suspects tried to steal a safe, while the third held the victim and two kids at gunpoint. They say the homeowner was able to get away and grab a gun she had hidden in the room, then started firing shots at the suspects.

“I got my gun and I started shooting and they ran!” the homeowner told dispatchers.

One suspect was killed by the gunfire, and was later found outside by Trotwood Police.

Police say the deceased is a male in his 20s from the Dayton area, and that he was in the yard between the victim’s home and another house, still armed with a TEC 9 submachine gun.

Thank goodness this woman had sense enough to have a loaded gun hidden where she could get to it or she and her little ones would probably be dead. They didn’t hide their faces and I doubt they would have willingly left witnesses. They certainly didn’t expect to meet armed opposition in the home and it sounds to me like they knew there was a safe in there. Wonder how they found that out? This story has a happy ending because this woman was armed. It could have ended much differently. The dead thug’s name is Azikiwe Presley and this occurred near Dayton. It’s a dangerous world out there anymore and getting more dangerous every day. We should all be armed and ready. I’m just sad this mother didn’t take out all three of them. But she certainly saved the lives of herself and her family. Good job, Mom! 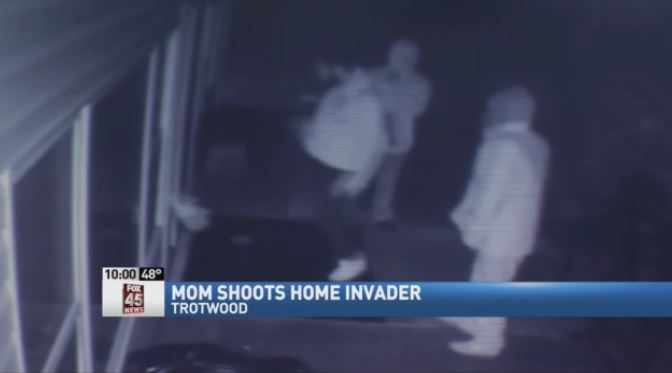