Tight-fitting skinny jeans lands THIS WOMAN in the hospital [Video]

What idiocy in the name of fashion[1] and flaunting your assets. This bit of stupidity could actually have killed this woman. She put on super tight skinny jeans to go help a friend move. She spent most of the day squatting which cut off the blood flow to her legs and in turn caused them to swell. The docs had to cut off the jeans, hospitalize her for four days and put her on an IV. She’s lucky she didn’t have kidney and liver damage. She’s also lucky she didn’t lose her legs. 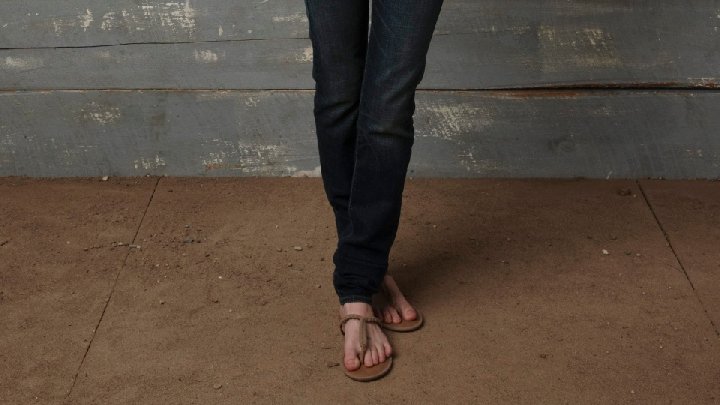 A woman in Australia was brought to the hospital unable to walk and with severe swelling in both lower legs, after squatting in skinny jeans for much of the day.

This is the first instance of skinny jeans causing damage to the lower leg, according to a case study[3] written by her doctors in the Neurology Unit at the Department of Medicine, University of Adelaide, and published in the Journal of Neurology, Neurosurgery and Psychiatry.

The doctors report that the 35-year-old woman was wearing tight-fitting skinny jeans while helping a friend pack and move for several hours. Later that evening, she tripped and fell because her feet were so numb she could not walk properly.

The woman said she was unable to stand up after falling because of the temporary paralysis and swelling. She lay in the same position for hours before she was brought to the hospital. Doctors at the Royal Adelaide Hospital had to cut off the skinny jeans[4] in order to treat her legs.

“She wore such tight jeans that the muscles in her legs below her knees started to swell,” Dr. Jaydeep Bhatt[5], clinical assistant professor of neurology at NYU Langone Medical Center, told CBS News. “That’s what muscles do when they don’t get blood. They start to burst, which is incredible. In this case, she got injured because a jean is not going to give in. It contained her expansion, or swelling, and she got injured.”

When the woman squatted for an extended time, it created extreme compression on her legs. Increasing, painful swelling of the muscles put pressure on the nerves and filled the spaces or “compartments” around the muscle — a condition called compartment syndrome.

“In order for you to squat, your muscles have to be closer together, so more muscle in less space” explained Bhatt, who was not involved in the woman’s treatment. “It’s the perfect storm when you’re wearing insanely tight jeans to make bad things happen.”

“You’re essentially creating a situation almost like having a tourniquet on your arm if you were bleeding,” CBS News medical contributor Dr. Tara Narula told “CBS This Morning.” “This was really the extreme of something that could happen.”

For the woman in this study, it took four days of bed rest and IV fluids in the hospital before she was mobile again. Doctors say she was fortunate that she had emergency intervention before her the condition damaged her kidneys.

“The red flag signs are: Numbness and tingling that is new — you didn’t feel it before but you feel it now — and it persists, and especially if it’s accompanied by weakness, that’s not good,” said Bhatt. “When the leg starts to swell, you’ve missed the boat. Because by then, you already have compromised the blood supply to an area of the leg.”

This woman only figured out she had a problem when she tripped, fell and couldn’t get up. Her legs went numb and she didn’t even realize it. She was suffering from severe compartment syndrome – a condition that causes swelling and can cause muscles to burst into your bloodstream. It creates all kinds of havoc in the body like an internal bomb going off. Here’s a tip… if your clothes are so tight you can’t feel your limbs, don’t do it. No amount of vanity is worth losing a limb or your life. Strangle the impulse to look sexy while cutting off the blood flow. Just sayin’.