Some people should not ever have children.[1] This man straps his two year-old into a car seat on Sunday, goes drinking all night and stumbles home to pass out. He wakes at 4 pm the next day and can’t find his daughter. That’s because he forgot her in the car for over 24 hours in the heat. By the time he got to her and rushed her to a hospital, she was dead from heat exposure. Now he faces felony child abuse and homicide charges and I don’t feel sorry for him in the least. What a monstrous thing to do. 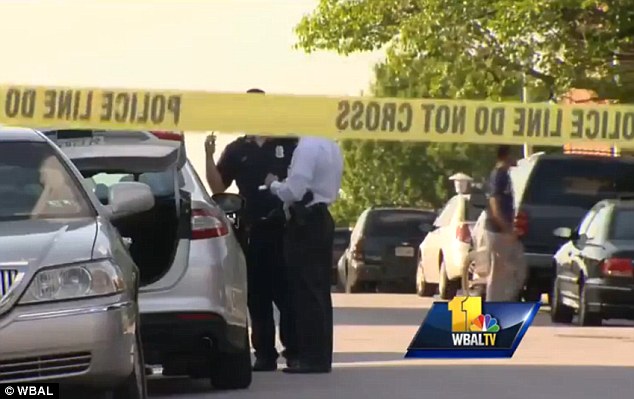 [2]
Carter found his 2-year-old daughter Leasia Carter missing at 4 pm Monday after he woke up
following a long night drinking. He found her unresponsive in his car, parked down the street. She’d
been strapped into her car seat for approximately 24 hours.

A Baltimore man has been charged with homicide after police say he left his 2-year-old daughter strapped to her car sear inside his hot car for 24 hours while he went drinking.

Wilbert Carter, 31, told police he went out drinking Sunday with friends as temperatures reached a scorching 89 degrees. He later went home alone at 7am.

When he awoke Monday at 4pm, he realized his daughter Leasia Carter was missing. He found her unresponsive in his car, which was parked down the street.

She was rushed to a local hospital, where she was pronounced dead after police say she sat in Carter vehicle with the windows rolled up for at least 24 hours.

Raven Jenkins witnessed the horrific moment Carter discovered his daughter in the car.

‘He’s walking down the street. He’s crying,’ Jenkins told WBAL[3]. ‘He’s got a little kid in his hand, a lady comes out of the house or walks out the street and they just start screaming.’

Carter told police he’d been drinking on Sunday, but was apparently unsure for how long or when he parted ways with his daughter.

‘The father went home at some point in time last night. This afternoon when he woke up, he discovered that his child wasn’t there,’ Baltimore police Maj. Stanley Brandford said.

When questioned by police, Carter said he had sole custody of the little girl at the time of her death

He was charged Monday with child abuse and homicide.

He remained held on Tuesday. According to the Baltimore Sun, records show Carter was arrested in 2005 on attempted murder charges that were later dropped.

I don’t care how plastered you are… how do you forget the most important part of your life like that? That poor little one died a horrific death all alone because daddy wanted to get rip-roaring drunk on Father’s Day. That is darkly ironic. I believe Missouri has the death penalty and this man has earned it with his depraved indifference to the welfare of his daughter. Yep, he was crying when he realized what had happened, but that in no way excuses what he did, because it simply can’t be undone. That little girl never had a chance and her father murdered her just as surely as if he had taken her life with his bare hands. Throw the book at him – in fact, throw the whole damned library at this dirt bag.