Wow, way to spin it.[1] Typical of the Washington Post and their biased propaganda. Look how they are taking the “All Lives Matter” mantra, which is a noble sentiment, and twisting it into all people should hate cops. This is despicable. A 19 year-old white kid named Zachary Hammond was at a Hardee’s with his girlfriend. He had 10 grams of pot on him and was being set up by the cops for a drug bust. Somehow, he was shot twice and killed by the arresting police officer. WaPo makes it sound tragic by pointing out he was shot and killed while his girlfriend was eating an ice cream cone. How pathetic. The officer claims the kid used his car as a weapon and drove straight at him, so he shot him twice. Once in the shoulder and once in the torso. Until proven otherwise, I’m taking the cop’s word for this. 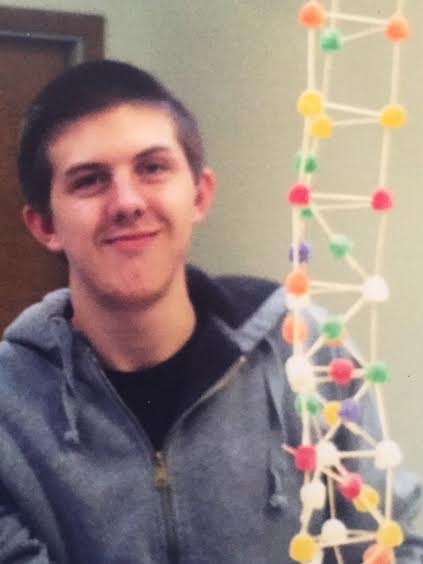 Zachary Hammond was on a first date when he was fatally shot by a police officer in his car during a drug bust in South Carolina, his family says.

At the time the 19-year-old was shot and killed, his date, Tori Morton, was eating an ice cream cone, according to the family’s attorney, Eric Bland.

Morton, 23, was arrested and charged with possession of marijuana — all 10 grams of it — which, according to police, was the reason undercover agents set up the drug buy.

The official police report never mentioned the two gunshots that killed Hammond on July 26 in a Hardees parking lot. Seneca police say a second report — which has not been released to the public — details the officer’s account of the shooting.

Amid heightened scrutiny of fatal police shootings across the country, Hammond’s death has prompted numerous questions, few answers — and almost no national outrage.

More than a week after Hammond’s death, his family’s attorney says race is almost certainly playing a role in the disconcerting silence. Unlike the victims in the highest-profile police shootings over the past year — in cities from Ferguson and Cleveland to North Charleston and Cincinnati — Hammond was white.

“It’s sad, but I think the reason is, unfortunately, the media and our government officials have treated the death of an unarmed white teenager differently than they would have if this were a death of an unarmed black teen,” Bland told The Washington Post this week. “The hypocrisy that has been shown toward this is really disconcerting.”

He added: “The issue should never be what is the color of the victim. The issue should be: Why was an unarmed teen gunned down in a situation where deadly force was not even justified?”

So far this year, 25 percent of the people shot dead by police have been black, according to data collected by the Washington Post. But black people make up only 13 percent of the U.S. population.

Police say the officer was a victim of “attempted murder” by Hammond, who was driving the vehicle. According to Seneca Police Chief John Covington, Hammond was driving the car “toward the officer” who was trying to make the stop.

The officer fired twice, striking Hammond in the shoulder and torso.

His death was classified as a homicide; an autopsy conducted by the Oconee County Coroner’s Office did not specify from which direction the bullets hit Hammond’s body.

On Wednesday, Hammond’s family released the results of a private autopsy, which concluded that both bullets entered Hammond’s body from the back. According to the autopsy, the second bullet proved to be fatal, entering from the back of Hammond’s left side and passing through his chest, piercing his lungs and heart.

In a statement Wednesday, Coroner Karl E. Addis said he does not know how Hammond’s body was positioned at the time he was shot.

The officer, who has been placed on administrative leave while the investigation is pending, used a similar rationale as the one in Cincinnati — that the vehicle was being used as a weapon.

“The driver accelerated and came toward the officer,” Covington, the police chief, said a day after the shooting, according to Fox Carolina[3]. The officer “fired two shots in self-defense, which unfortunately were fatal for the suspect.”

Initially, Covington said his department would not release the officer’s name because of fear that it would “possibly subject the officer and family to harassment, intimidation or abuse.” But on Thursday, he told the Washington Post that the officer’s name and the report of the shooting would be released in “the next few days.”

The police chief made the statement concerning the car used as a weapon. The private autopsy by the parents claimed that the kid was shot in the back. Tell me, would a police chief get up there and make a definitive statement about the car and the officer if he didn’t have rock solid proof that was the case? I don’t think so. And as we saw in the case of Freddie Gray, you can get an autopsy to say whatever you want, especially if someone has a word with the coroner beforehand. The Marxists want to turn everyone against the police, so now they are saying: “Why no justice for this white teen? Why no charges against the cop?” First, the investigation is ongoing and not done yet. Second, it may have been justified… we’ll see. The “All Black Lives” crowd is now using race across the board to go after cops. Anyone shot by an officer is now automatically a victim and the cop is a murderer – so goes the propaganda. I highly doubt this was excessive force. If it was, it will come out and will be dealt with. Race had nothing to do with this. Criminal activity resulted in a predictable outcome. 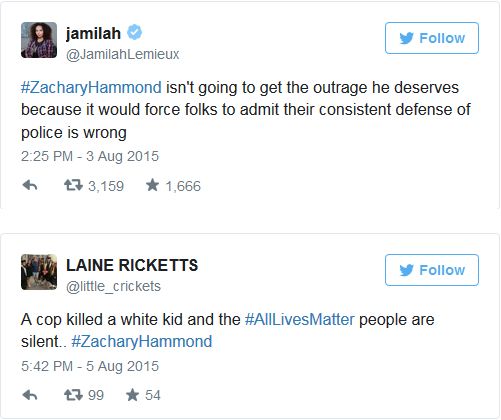 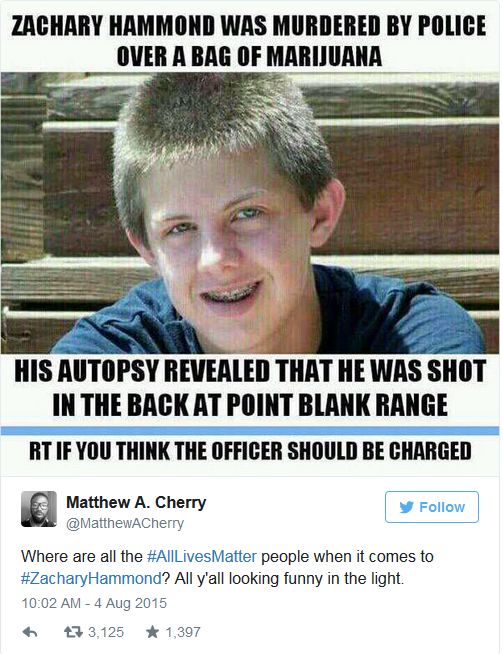