Dennis Rodeman was a Marine who served in Iraq.[1] He was a newlywed and expecting his first child too. Yesterday, a 22 year-old psychopath drove by and said something to Rodeman moments before circling back and deliberately hitting and driving over him. Rodeman didn’t make it and the fire department and his fellow firemen are in shock and grief today over the incident. Rodeman was out collecting charity for Muscular Dystrophy – he had a firefighter’s boot and was getting donations from cars when this happened. They have now caught the suspect who will be charged in Rodeman’s murder. I wonder if this was yet another hate crime that ended in death. The murderer fled in his truck and then tried to escape by foot, but was caught. There is no information yet on race or motive. What a sad day in Lansing this is. 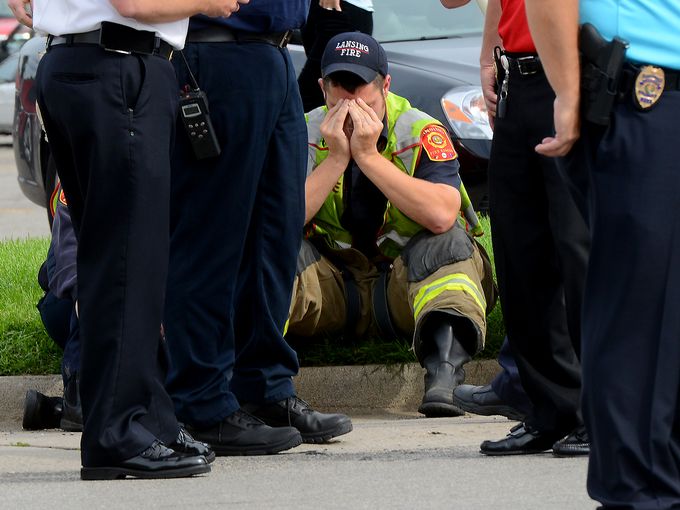 LANSING, Mich. — Dennis Rodeman survived a tour of duty in Iraq with the U.S. Marines.

He was killed on Wednesday while collecting donations for a charity in Lansing, the victim of what police are calling a deliberate hit-and-run[3] crash on the city’s south side.

Rodeman, 35, was a seven-year veteran of the Lansing Fire Department. He was married two months ago and expecting his first child. When the incident happened at about 3:40 p.m ET, he was collecting money for muscular dystrophy research near the intersection of Cedar Street and Jolly Road, police and city officials said.

The suspect — a 22-year-old Lansing man — drove away from the scene and was caught near the intersection of Holmes and Waverly roads after a car and foot chase, police said. Lansing police originally said the man was 32.

Police said there was a verbal exchange between the suspect and Rodeman moments before the incident.

“The suspect came by, was upset for whatever reason (and) circled back around” before running into the firefighter, Kraus said. “The preliminary investigation is that he deliberately hit the firefighter who was standing in the road, collecting for the charity.”

The suspect, who was driving a small pickup truck, continued north on Cedar Street and eventually was stopped in the 3100 block of Lawdor Road, Lansing police Capt. Darin Southworth said in a news release. He ran from the vehicle and was caught by officers.

“We join the men and women of Lansing Fire and all citizens of Lansing in expressing our deepest condolences to his family, friends and colleagues for this heartbreaking loss,” he said.

Rodeman was among several firefighters at the intersection taking part in the Fill the Boot fundraising campaign by the Muscular Dystrophy Association and the International Association of Fire Fighters. He was dressed in turnout gear and a reflective vest, Kraus said. He was standing in the center turn lane when he was hit, Kraus said.

Tionna Davis said she was driving southbound on Cedar Street when a northbound vehicle swerved from the right lane into the left lane and hit the firefighter. One of the boots the firefighter was wearing hit her car, she said.

“He literally tried to hit him,” she said, referring to the suspect.

Traffic was moving very slowly at the time, Davis said. Two other drivers chased after the vehicle that struck the firefighter and managed to get the license plate number, she said.

“He served his country with great pride, bravery and ability, having survived a tour of duty in Fallujah, Iraq, one of the most dangerous places in the world,” Bernero said.  “It is beyond comprehension that this American hero lost his life on the streets of Lansing while collecting charitable contributions for children afflicted by muscular dystrophy.

Lansing Fire Chief Randy Talifarro said Rodeman was “very well thought of” and “a highly regarded individual.” The firefighter was married two months ago and was expecting his first child, he said. The department will do all it can to support his family, he said.

“He was just a joy to work around,” Talifarro said.

Lansing firefighters were scheduled to collect donations through Friday at the intersection of Cedar and Jolly, according to the website for the Lansing firefighter’s union. It was unclear Wednesday evening whether the collection effort will continue as scheduled, a fire department spokesman said.

“To my recollection, we’ve never had somebody doing charity work struck by a vehicle,” Kraus said.

Rodeman was in the center turn lane when he was deliberately run down by this guy. He never stood a chance against the guy’s pickup truck. Dennis survived Fallujah to come home and be murdered. This is just beyond senseless and tragic. Rodeman had been with the fire department for 7 years. He was in his early thirties and just got married two months ago. Now, his young widow will give birth without him there because of some hateful cretin. From all accounts, he was a great guy. I would sure love to know why this monster killed an innocent firefighter like this. My prayers are with Rodeman family, wife and soon-to-be child. He will be profoundly missed. 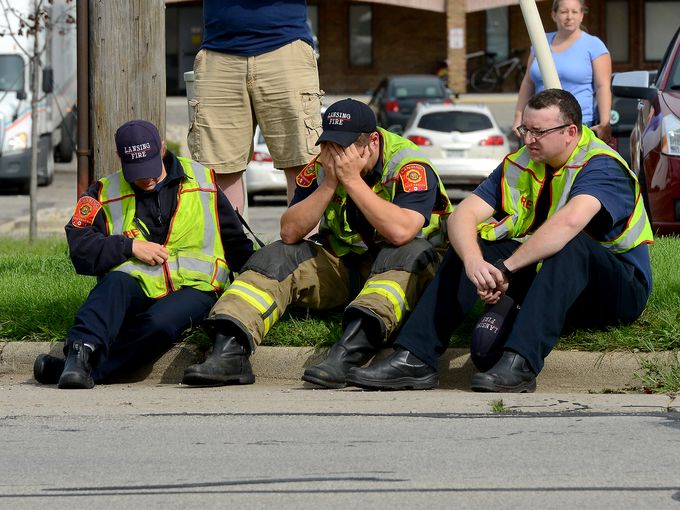 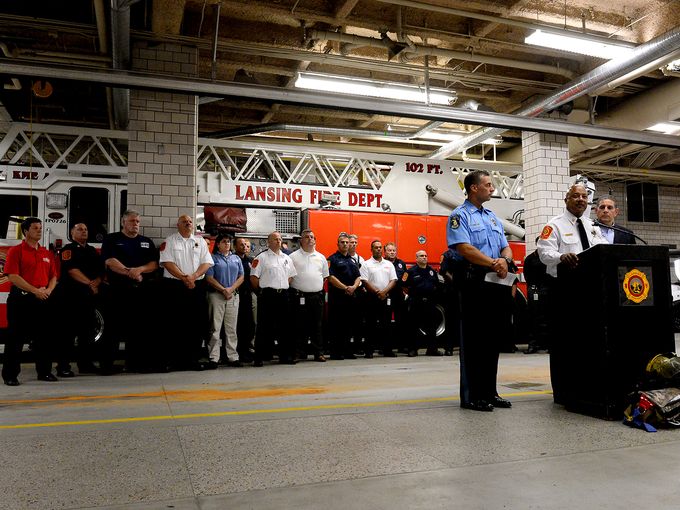