[VIDEO] Evan Sayet: Proves that Conservatives Can Do Comedy

Comedian Evan Sayet is living proof that conservatives can do funny! 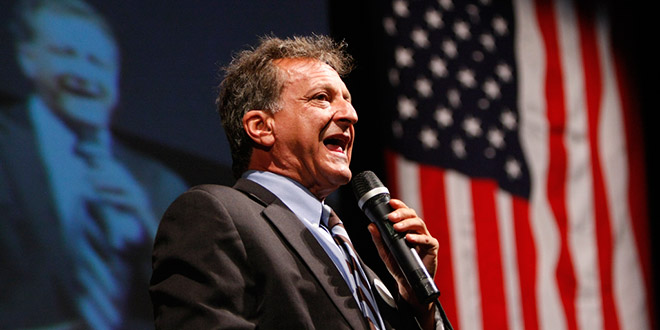 Sayet is kicking off a nation-wide comedy tour starting in Phoenix at the Laugh Factory on May 27.

But he’s been around for some time[1]…

For those of you who are unfamiliar with Sayet, he made a huge splash with a speech he gave to the Heritage foundation entitled “How Modern Liberals Think.” The video has garnered nearly 1 million views across the Internet and it turned Sayet into one of the most respected political comedians in the country.

Sayet is hilarious, yes. But, he wants people to understand that his new show is not just for laughs.

“This is more than just a night of ‘yuks,’ Sayet told MRCTV. Rather, it is an important conservative event with important and powerful conservative values espoused through wit and humor.” 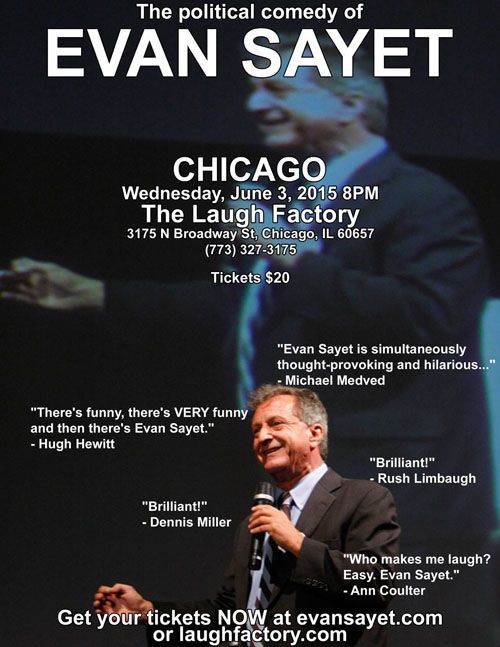 Here is Sayet’s WEBSITE[2], and here is more info[3] on the Phoenix, Chicago, Boston, and New York dates.