North Korea and Kim Jong-un can pound sand. Sony not only cancelled The Interview, Paramount cancelled[1] screenings of Team America: World Police. What a bunch of unadulterated wusses. I plan on watching it this weekend, just like I watched the leaked video below, where I reveled in Kim’s head catching fire and exploding. Drew Carey had some choice sentiments on the whole cowardly ordeal that I strongly share[2]. As Twitchy put it, Hells to the yes, America – this is one death scene I’ll never get tired of – ever.[3] 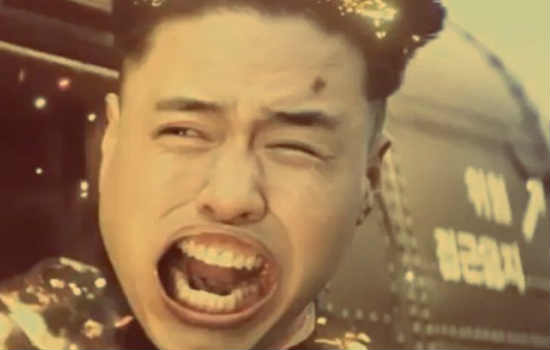 SONY Pictures recently caved to the cyber terrorists who hacked into their system, leaking 100 TB of personal and damaging information in an attempt to stop them from releasing The Interview, the movie about two television personalities, played by Seth Rogen and James Franco, who are recruited by the CIA to kill North Korea leader Kim Jung-Un after the communist country asks them to visit in order to interview him.

After the cyber terrorists, who the U.S. government says was North Korea, threatened a Christmas Day surprise and warned all theaters that showed the film to prepare for an attack greater than 9/11, Carmike Theaters, the nations fourth largest theater chain, decided to not show the movie.

This was done after SONY stood by their plan to release the movie on Christmas, but gave theaters who were set to show it permission to change their minds. As the threat escalated, SONY at first canceled the red carpet premiere of the movie that was to take place tonight, Thursday, in New York City. As Wednesday evening drew to a close, the company decided to not only scrap the planned Christmas Day release of the movie, but also announced it had no further plans to release it, ever.

Many have said that this cowering to the cyber terrorists was the wrong thing to do as it opens the door for other attempted cyber attacks with demands of who knows what. But, in the end, the hackers themselves have gotten the tables turned on them. The scene in The Interview where Kim Jung-Un is killed was leaked.

So, you may not be able to see the entire movie, at least right now. But, you can see the part of the movie that the hackers, believed to be North Korea, don’t want you to see!

Sony and Paramount by their craven folding to a chubby, fascist dictator, are inviting a much worse attack on America. Not to mention bankruptcy, as no one will be able to stomach them after this. The NoKos weren’t alone on this either… They had the loving help of the new Axis of Evil: Russia, China and Iran. Newt Gingrich is right – we just lost our first cyber war. But not to worry, many more are coming for our power grids, financial system, political leadership, military… you name it. North Korea just committed a blatant act of war and our Marxist leader is nowhere to be found. Tick, tick, tick.