Belize is supposed to be paradise on earth.[1] Property there is coveted and picturesque. Not so much now. An ABC producer from Chicago went to Belize for her second 7-day vacation. As she was doing yoga by a river there, she was violently raped and murdered. Her naked body was found a day later floating face down in the river. No suspects have been found yet. She was evidently strangled, but fought back against her attacker. The 39 year-old was a horse enthusiast and was loved by her colleagues. When her belongings were found by the river, a tour guide became alarmed and they started a search. It ended tragically with the discovery of her murder. 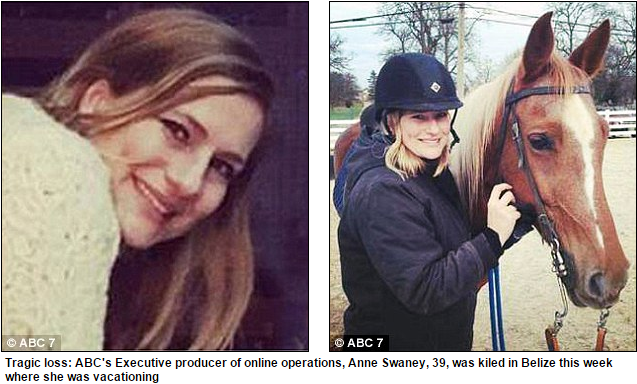 An ABC producer was killed while vacationing in Belize this week.

Swaney was allegedly sexually assaulted before being killed after doing yoga on Thursday morning near the Mopan River nearby the resort.

A tour guide found Sawney’s yoga mat another items near the river but he didn’t see her and alerted the authorities.

Anne Swaney served as the executive producer of online operations for abc7chicago.com. She was staying at the Nabatunich Resort. The cause of death was ruled to be asphyxia by compression of the neck, manual strangulation and blunt force trauma to the head and neck. All guests and proprietors at the resort are being questioned. About 10 Americans are staying at the resort. Swaney was an avid world traveler and lover of horses. When she was found in the river, she was only wearing a bra. An autopsy is underway. The whole community where Anne worked and lived is just devastated by this. What a horrible event and what a senseless, tragic death. I pray they catch her killer and soon. 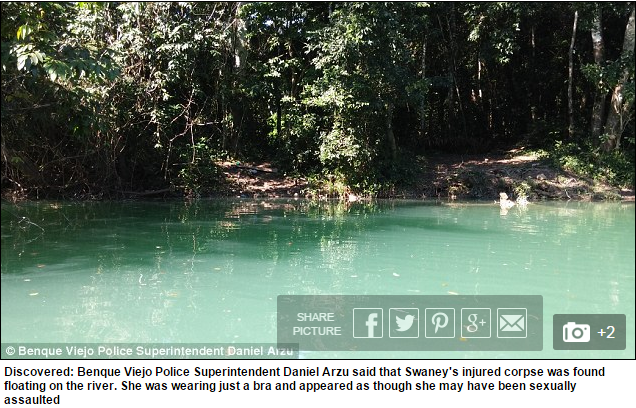