I don’t put much stock in polls or studies. They can pretty much say whatever you want them to. This one though, is interesting. It sure puts a hole in the whole racial bias meme concerning the police, doesn’t it? Crime is colorblind. Bad people do bad things and cops are there to stop them or deter them. They are trained exhaustively on how to respond in stressful situations. Do they make mistakes? Yep. Are there bad cops? Fewer than you’d think, but yes. Just like there are bad apples in any bunch and those that are bad should be prosecuted like any other criminal. I would say, that given all the politicization over race, cops are more hesitant to take down someone of color and that could end badly for everyone. So, the next time a crime is committed, get all the facts and then you should thank the police for having your back as much as they can.[1] 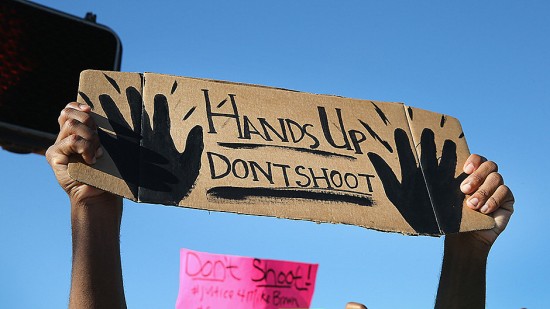 With the turmoil in Ferguson (MO) the latest example, activists and many reporters would have us believe that police officers are prejudicially “trigger happy” when dealing with black suspects.

But a scientific study from Washington State University-Spokane suggests just the opposite. In truth, according to findings from the research team’s innovative experiments:

• Officers were less likely to erroneously shoot unarmed black suspects than they were unarmed whites — 25 times less likely, in fact

• And officers hesitated significantly longer before shooting armed suspects who were black, compared to armed subjects who were white or Hispanic

“In sum,” writes Dr. Lois James, a research assistant professor with the university’s Department of Criminal Justice and Criminology who headed the study, “this research found that participants displayed significant bias favoring Black suspects” in their shooting decisions.

People should read this study and remember it the next time a race hustler, such as Al Sharpton, starts stirring the flames of racial tension to engender a race war for political reasons. Just because a white cop shoots a black man, does not mean it was not without good reason. Taking the word of those that committed the crime over the officer because of skin color, shows not only a lack of judgement and logic, but racial bias. The exact same thing these people accused Officer Wilson of in the shooting of Michael Brown in Ferguson, MO. ‘Hands up, don’t shoot!,’ should more appropriately be ‘Hands up, on the ground and spread ’em,’ for these thugs. If you commit a crime, you run the risk of getting shot by a cop – it’s just that simple.