More details on the terrorist attack on that French train last week.[1] Chris Norman, the 62 year-old Brit who took down the terrorist with three Americans tells his side of the story. When he saw the three Americans rushing him, he decided to help them subdue the guy. At first he wanted to hide, but he figured, I can either sit and die or fight and die. He chose to fight and decided let’s go. All four men are heroes. Spencer Stone was slashed with a box cutter. His thumb was almost cut off and his neck was slashed several times. A passenger was cut very badly and Stone, who is a medic, helped the passenger despite his own wounds. There is no doubt in my mind that if that gun hadn’t jammed, many, many people would be dead. Stone was released yesterday.[2] I couldn’t be prouder of these Americans and their Brit friend. I would hope all of us would react in the same way. 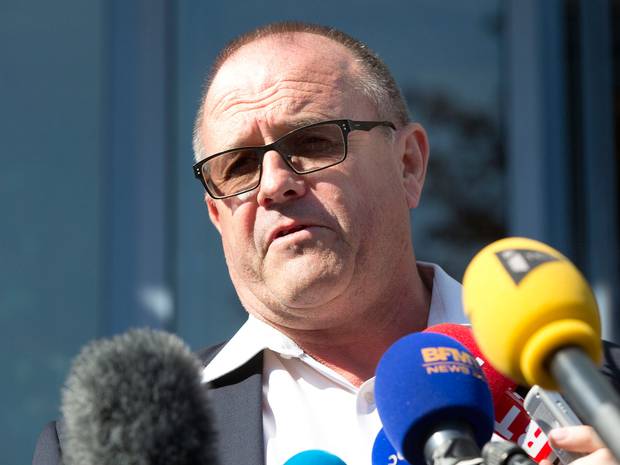 One of the men who helped foil an attempted mass shooting aboard a Thalys train travelling between Amsterdam and Paris on Friday said that he thought he “was probably going to die” but that he does not feel like a hero.

Speaking to reporters Saturday, Norman recounted the terrifying moment when he realised an armed gunman was on board the train.

“I saw someone running down the aisle to the front of the train. I stood up to see what was happening and saw a man with what I think was an AK-47,” he said.

“My first reaction was to sit down and hide. Then I heard an American say, ‘Go get him’. I decided it was really the only chance, to act as a team and try to take down the assailant.

“My thought was, I’m probably going to die anyway, so let’s go. I’d rather die being active, trying to get him down, than simply sit in the corner and be shot.”

“Either you sit down and you die, or you get up and you die. It was really nothing more then that,” he said.

Norman said that after Stone tackled the gunman and Skarlatos took his weapon away from him, he came in to grab the assailant’s right arm while another passenger, an off-duty French train conductor, held down his left arm.

“To be honest, I don’t know why he was unable to get a shot off. I believe his gun jammed, I believe we are all extremely lucky,” he said.

Norman described the gunman, who has been named as 25-year-old Moroccan national Ayoub El Khazzani, as “relatively short, thin and slim”.

“Honestly, when I had him in hand it wasn’t very difficult for me to handle him and to pin him down; he wasn’t very strong,” Norman said. Nevertheless, he added, the gunman still “put up quite a bit of a fight”.

Stone was injured while trying to subdue the gunman – who cut his thumb and neck with a box-cutter – but was still able to help another passenger who had been more seriously injured, said Norman.

The injured passenger “had blood pouring from the neck”, said Norman. “At that point Spencer Stone, who was injured himself – he had almost lost his thumb and had several lashes on the neck – intervened because he said he was a medic. He stopped the flow of blood.”

The Briton, who is married with two children, said he had spoken to his family who said they were proud of him for his role in stopping the gunman.

Nevertheless, he said did not “feel like a hero”.

“If there is a hero, it’s Alek and Spencer. Without Spencer, I think we would all be dead,” he said.

Ugandan-born Norman is a British national but said he had only lived in the country for four years. He currently resides in the south of France while one of his children is in the French navy.

He had been in the Netherlands for a business trip as part of his job helping African entrepreneurs secure European financing.

“Honestly, what I want to do is go home and spend some time with my family,” he said.

“My wife is currently looking after our two grandchildren. I would like to get back to her and help her look after them.”

Norman was just traveling on business when this happened. This was the three American’s first trip through Europe. Whether Chris Norman feels like a hero or not, he is one and hundreds of people on that train owe their lives to him and the others. Norman held the guy down as the others beat him until he was no longer a threat. Then they tied him up with ties. While some of the train staff hid in a room and left passengers to fend for themselves, four men took it on themselves to step into harm’s way and stop a madman from slaughtering others. I’m sure all of them just want to get on with their lives now, but for one brief moment, all of us got to see the bravery and goodness that is in these four men and it gives us strength, courage and hope. With the way the world is today, any one of us could find ourselves in this situation. There are some really great lessons to be learned here. One of them is this was a terrorist attack. France and Obama won’t call it that, but that is what it was.