What Sheriff Joe Just Did Has Muslims PISSED

Things are totally backwards and upside down in America these days. Sheriff Arpaio is a true patriot with guts. He is having his all-volunteer posse stand guard outside the military recruitment center there in Maricopa County. He did the same after a people were slaughtered by Dylan Roof in South Carolina – he had his posse stand guard outside of black churches until he felt it was safe again. Arpaio is protecting our military and citizens in Arizona every chance he gets. What does Obama do? He tells the military to close their blinds and take off their uniforms so as not to offend Muslims. Arpaio is ticking off Leftists and Islamists and that is a very good thing. Meanwhile, Obama and the DoD are having those patrolling outside recruitment centers and who are armed either arrested or they are being told they are not wanted. Many are standing anyway.[1] 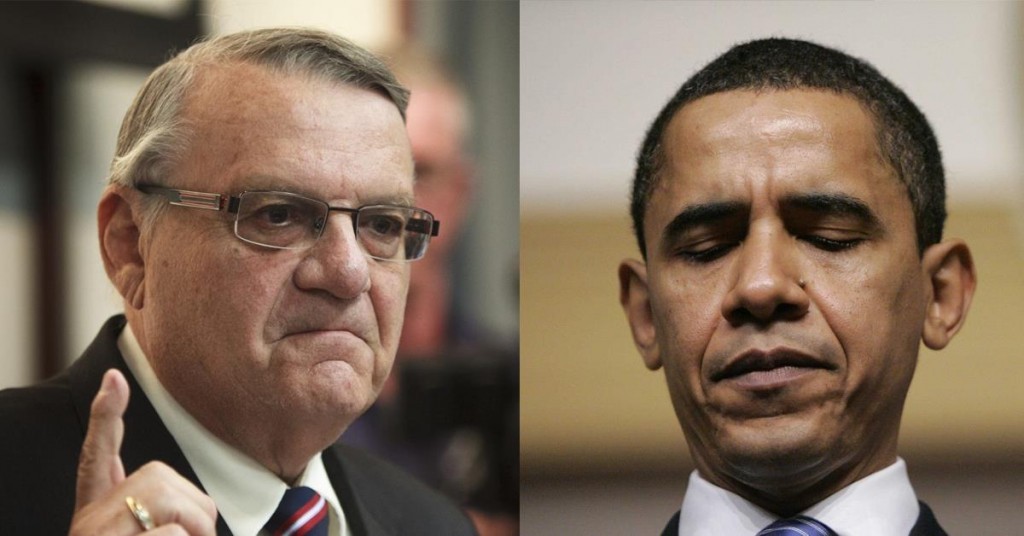 After the terrorist attack on two military installations in Chattanooga, Tenn., by a crazed Islamic radical on July 16, President Barack Hussein Obama’s administration did nothing, save for issue the shocking order[3] that military recruiters refrain from dressing in uniform.

Famed Arizona Sheriff Joe Arpaio, on the other hand, took immediate action by “sending his all-volunteer posse to stand guard outside a recruitment[4] center in Maricopa County.”

Furthermore, Arpaio planned to do this again for the second week in a row, despite objections from the Obama administration[5], which apparently preferred that our recruiters remain defenseless.

“(T)he military and the Defense Department do not like it — the citizens standing guard[6] — but my posse is all-citizen volunteer, although they are well-trained and wear uniforms and so forth, but they are still citizen volunteers, and since I’ve been sheriff I’ve hired thousands of such citizens for my posse,” Arpaio explained to reporters.

The Army Reserve center was reportedly pleased with Arpaio’s efforts and had in fact been the one that initially requested his service.

Officers there had observed “a noticeable increase in surveillance and the photographing” of their facility.

The goal in recruiting Arpaio was to protect the soldiers present until the “threat level” declined.

According to Breitbart[7], the sheriff did the same for black churches in Maricopa County after the mass murder in Charleston, S.C., by alleged shooter Dylann Roof.

The differences between Sheriff Joe Arpaio and President Barack Obama are mind-boggling.

On one side, we have a guy who’s willing to do everything in his power to protect his constituents. And on the other, we have Barack Obama — a guy who seemingly couldn’t care less about anybody but himself.

Arpaio has cojones. Obama has mom jeans and a Quran. Think I’ll stick with Sheriff Joe. Obama doesn’t give a crap about our military. He hates them and if they are killed by an Islamist, what’s a few more dead infidels to him anyway? I’ve heard reports all over the place from numerous states where these facilities say they are under surveillance and feel the threat is elevated. Arpaio is doing something about it. Obama is partying and golfing, inbetween gun control and attacking conservatives. The great thing about Sheriff Arpaio is that he doesn’t care what Obama or the Marxists think. He cares about Americans and their safety. He actually cares about the law. It’s a sad day when you have sheriffs standing alone to do the right thing while a Marxist continues his hate and destruction of the greatest country on the face of the earth.