It is beyond comprehension why the military[1] would discipline this officer for using his concealed weapon to stop a terrorist that was actively working on slaughtering everyone in the facility. WTH? Can you blame these Marines and officers for carrying concealed weapons in light of the terrorist attacks across the nation – especially against military installations and police officers? I don’t and I would expect nothing else of our military. And that goes double for officers and Marines. Allen West is furious over the facts that were just confirmed concerning Lt. Cmdr. Timothy White, who used his personal firearm to engage the shooter during the attack. There is no word on whether his shots were what actually took the scum bag down. One of the Marines who was murdered reportedly also had a Glock and was returning fire. In this case, rules be damned… our warriors are not sheep to be led to the slaughter and this Commander did the right thing. He should get a medal, not disciplined. 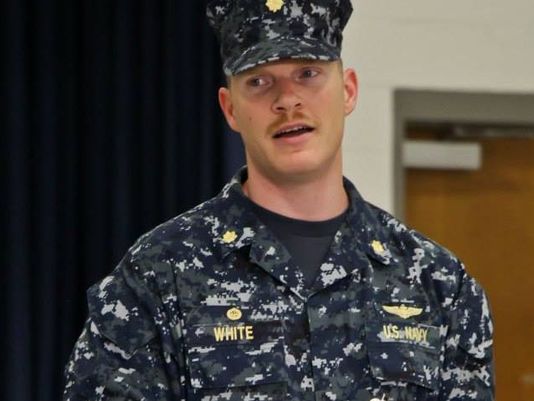 I never like to be reactionary and follow anything that may just be hyperbole or conspiracy theory. That’s why I held off on addressing this issue until I got confirmation — which came Friday afternoon via text message.

There are things which make you just upset, like the liberal progressive left and media accomplices’ rage over the shooting of a lion in Africa but abject disregard and disdain reference Planned Parenthood dismembering babies and selling their body parts.

But this story has me dog fighting mad and seriously pissed off.

As reported ten days ago by Western Journalism[3], “A Navy officer and Marine reportedly returned fire at the shooter who killed five service members in Chattanooga, Tenn., even though current policy does not permit military members to carry firearms on facilities such as those where the attack occurred.

The cold-blooded assault killed four Marines and one active-duty Navy reservist. The center’s commanding officer, Lt. Cmdr. Timothy White, used his personal firearm to engage the shooter during the attack, according to sources quoted in the Navy Times. A report from The Washington Post said that one of the Marines killed in the shooting might have been carrying a 9 mm Glock and possibly returned fire on the shooter.

At the time, Western Journalism wrote, Lt. Cmdr. White could face disciplinary action for violating policy about possessing a weapon on the facility that was supposedly a gun-free zone. The investigation into the attack is ongoing, and authorities will not know if White or the Marine hit the shooter until an autopsy and a ballistics report have been completed.

Ladies and gents, resulting from the text message I received yesterday, I can confirm that the United States Navy is bringing charges against Lt. Cmdr Timothy White for illegally discharging a firearm on federal property.

The text message asked if it would be possible for Lt.Cmdr White to reach out to me. To wit I replied, affirmative.

What kind of freaking idiots are in charge of our Armed Forces — pardon me, our “unArmed Forces”? What would they prefer that Abdulazeez had been able to kill all the Marines and Sailors at the Naval Support Reserve Center? Let me draw an interesting contrast: Secretary of the Navy Ray Mabus is more concerned about lifting the ban on transgendered Sailors. Mabus has a problem in that for the first time since 2007 the US Navy will not have a Carrier Battle Group operating in the Persian Gulf. But this knucklehead has no problem with the Navy seeking to destroy the career of a Sailor, a commander of an installation, returning fire against an Islamic jihadist attack. I do not care if it was his personal weapon, he deserves a medal for facing the enemy.

This is intentionally suicidal[4] on the part of our government. You cannot possibly draw any other conclusion than they want our warriors gunned down and for chaos and violence to rule the streets of America. There is no other reason you would implement such insanely idiotic policies. The facts of the shooting were confirmed yesterday to Allen West who is making it his mission to defend the Commander in this tragic incident. Did you know those troops were shot trying to get over a fence and away from the fire of that demon? They had no way to protect themselves so it was nothing better than a shooting gallery. And they go after the Commander who tried to stop this freak? I agree with Allen West 110%, this is just another in the long line of reasons why we must NEVER allow a progressive socialist to be commander-in-chief.