Who knew? Welcome to the New LA! The “Northern Capital of Latin America” [Video]

Los Angeles is reinventing itself[1] as the ‘Northern Capital of Latin America’ in a bid for the 2024 Olympics. Fitting isn’t it? After allowing an invading horde to come across our southern border unscathed, the leaders in California have destroyed the state. Los Angeles has been overrun with gangs, illegal aliens, poverty, crime, filth and despair. So, of course, you would bill your city as part of Latin America since that is the majority in the city now. The City of Angels has gone to hell. LA is also billing itself as the ‘Western Capital of the US.’ Oh, how the Liberals want that to be true. And the ‘Eastern Capital of the Pacific Rim.’ Surely, that’s a nod to China. If they can’t sell out to the communists in Latin America, well then… they’ll pivot to the Chinese. 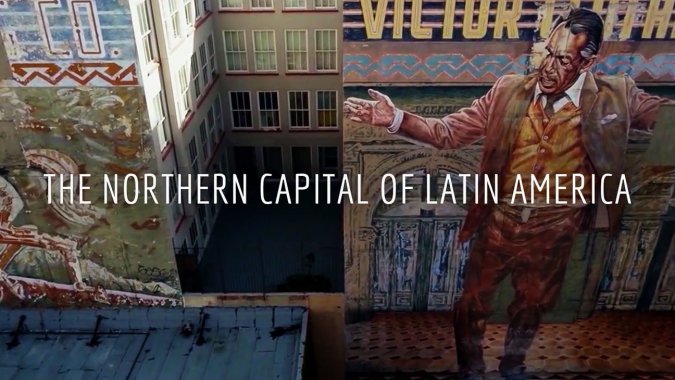 The International Olympic Committee just got an eyeful of the City of Angels.

Los Angeles is amazing and diverse. That is the message in a new promotional video released Monday by Los Angeles’ 2024 Olympic bid organizers.

“Hosting the Games in Los Angeles would give our city the chance to show the world how much has changed in 40 years,” Mayor Eric Garcetti said in a statement on the LA24 bid committee’s website[3]. “This bid is a bold vision for an innovative, sustainable and inspiring Los Angeles 2024 Olympic and Paralympic Games that will benefit our community, the International Olympic Committee and the Olympic Movement.”

In late July, it was announced Boston was withdrawing its bid to host the games over financial concerns.

A host city will be selected by the International Olympic Committee in September 2017.

Not surprised they are re-branding the city as Hispanic. LA at one time was magical, now it’s just another destitute Marxist hellhole. California is rewriting their history and willingly succumbing to a foreign entity. The homeless are everywhere… jobs are being outsourced to foreigners… you simply can’t afford to rent, much less buy a home there… you pay everywhere you park, in fact you pay and pay and pay in California. Most of the city now lives below the poverty line thanks to Jerry Brown’s nutty management and the flood of illegal immigrants. Crime is off the charts and living in LA is like playing Russian Roulette anymore. Yeah, great place for the Olympics. Perhaps a new sport will be introduced – running for your life from illegal immigrant gangs. Win the gold or die.