I’m torn on this one.[1] While it would appear that Cosby is a dirt bag after all, since he admitted giving Quaaludes and Benedryl to women before sex, that doesn’t convict him of rape. Whoopi Goldberg has a point. That doesn’t make Cosby pure as the driven snow here. He was known[2] for having a key to the Playboy Mansion, being a partyer and a womanizer. Cosby is far from alone in this dubious honor by Hef. I find it curious that this all comes out after decades of silence – it makes you wonder who Cosby ticked off. Or is it just that the Liberal Left want to destroy the iconic family man image Cosby portrayed? All in all, it would seem that there are too many women coming forward for this to not have merit. While I agree with Goldberg somewhat, one has to admit that the evidence against Cosby is damning. 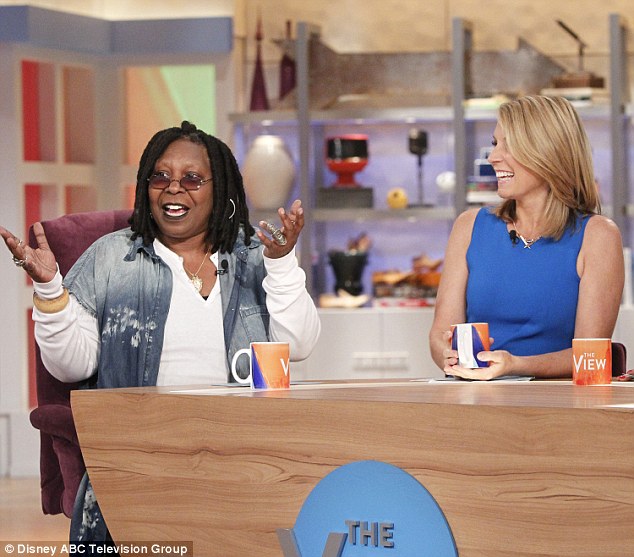 Backing him up: Whoopi Goldberg downplayed the revelation that Bill Cosby admitted to giving a woman Quaaludes in 1 2005 deposition on The View Tuesday.

Whoopi Goldberg continued to defend Bill Cosby on The View Tuesday morning despite the release of a 2005 deposition one day earlier in which the disgraced actor admitted to buying Quaaludes with the intent of giving them to women before sex and even giving them to one woman in the past.

‘This is my opinion and in America, still – I know it’s a shock – but you actually were innocent until proven guilty,’ said Goldberg.

‘He has not been proven a rapist.’

Meanwhile, some of the women who have come forward saying they were drugged and raped by Cosby – including models Janice Dickinson and Beverly Johnson – are also speaking out.

Goldberg even seem to make light of Cosby’s revelation at first, joking; ‘As a former Quaalude user … The ’80s were…They weren’t fun for everybody, clearly.’

She then added; ‘We’ll see what happens as more information comes out. People will make judgments.

‘I don’t like snap judgments because I’ve had snap judgments made on me, so I’m very, very careful. Save your texts, save your nasty comments. I don’t care.’

As for Dicksinson, the former supermodel spoke to Entertainment Tonight[4] saying that the release of Cosby’s formally sealed deposition makes it clear he owes all his accusers an apology, and to admit that the women had been telling the truth.

‘I don’t know how to feel. I don’t have the strength at the moment until – until each and every one of the women that have accused Bill Cosby along with myself and a few others that have personally reached out to me that will not come forward due to character victimization – I would like an apology for each and every one of us in order for my soul to feel, ‘ said Dickinson.

‘I don’t feel any hip-hip hoorays.’

She also blasted Goldberg after hearing what she said on The View earlier in the day.

‘What is wrong with you, Whoopi Goldberg? What more does it take? You need to be fired,’ said Dickinson.

‘How dare you sit there on The View? You need to be fired, you stupid woman. That is ridiculous.’

Steven Hayward at Powerline[5] has a point as well… how come Roman Polanski’s film career wasn’t ended after a conviction for rape? Or Woody Allen’s career after the facts of his behavior emerged? And if we’re now going to end careers over old charges, can Juanita Broaddrick and Kathleen Willey now get their due against Bill Clinton, whose sexual assaults didn’t end his career? All of those seem acceptable to Hollywood, but Cosby came out against black immorality and suddenly he’s burned at the stake. He may have it coming or it may be long overdue, but one has to wonder about the contrived convenience of it all. 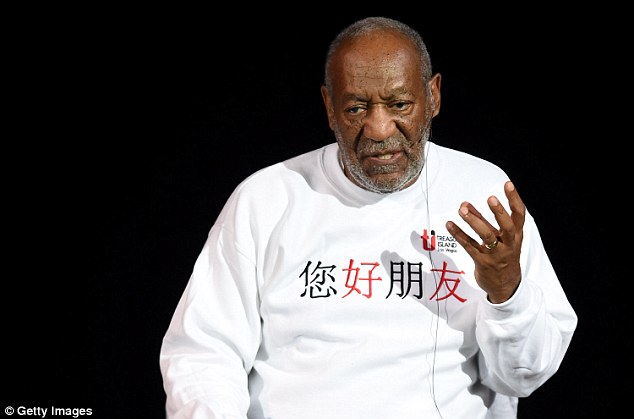 Goldberg said the disgraced actor has ‘not been proven a rapist’ and that he was ‘innocent until proven guilty’.