Whoopi Goldberg Is Mistaken for Another Famous Black Woman on the Oscars. Outrage Ensues.

Well, that was an epic gaffe.[1] Total Beauty tweeted out at the Oscars last night that they were so very pleased to see Oprah Winfrey and had no idea she had tats. Except it wasn’t Oprah… it was Whoopi Goldberg. Everyone pounced on Total Beauty for it. In the end Total Beauty apologized to both women. The whole thing doesn’t seem like a big deal to me, but I guess to some it was. They were praising the very large tattoo that Whoopi was sporting with a black gown. Meh. 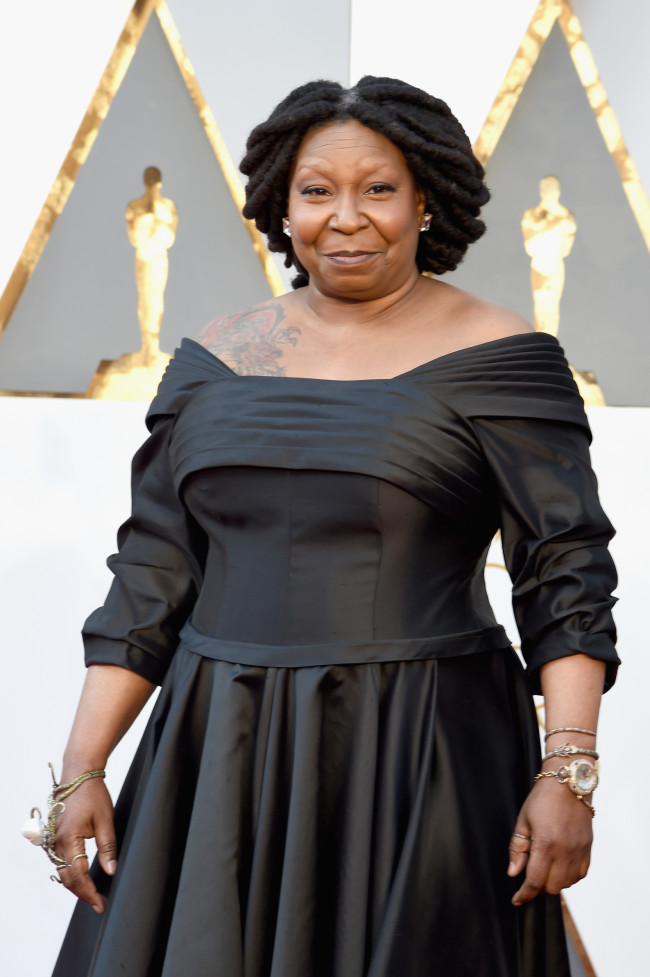 Beauty website Total Beauty has come under fire for its gaffe involving Whoopi Goldberg after the site sent out a tweet of Goldberg arriving at the 88th Academy Awards ceremony — but mistakenly captioned the photo as showing Oprah Winfrey, instead.

Total Beauty sent out a tweet at the Oscars’ beginning, praising the woman they thought was Oprah for revealing her extensive tattoos in conjunction with her black gown.

“We had no idea @Oprah was #tatted, and we love it,” Total Beauty stated in its since deleted tweet.

It only took minutes for social media to pounce upon the website’s unfortunately-timed gaffe during an Oscars ceremony already rife with racial controversy. 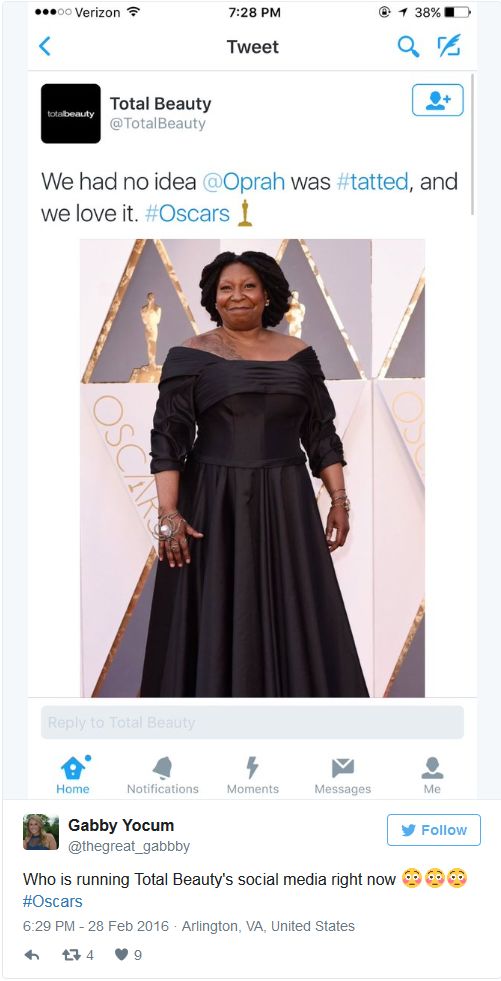 I imagine Total Beauty’s social media manager is looking for another job this morning. Just sayin’. Twitter went wild with memes ripping on Total Beauty and their goof. Their tweet was deleted and then the groveling and apologizing followed. Personally, I don’t think the two women look anything alike, so I don’t see how the mistake was made. But chances are the tweeter is very young and it was just a a goof. I think everyone is making a big deal out of a very small matter. Whoopi seems to me to be very confident of herself and probably doesn’t give a rip over this. I don’t see it as an insult. Why would it be? So very culturally shallow.