Woman Arrested for Shooting at Her Husband, But it’s Her Mug Shot That is TRULY Ironic

A Maine woman was arrested for domestic violence after busting out a gun and taking a few pot shots at her husband during a heated argument. But the story isn’t just about her intention to threaten her recalcitrant hubby. It was the T-Shirt she was wearing when she was arrested that will just make you laugh… 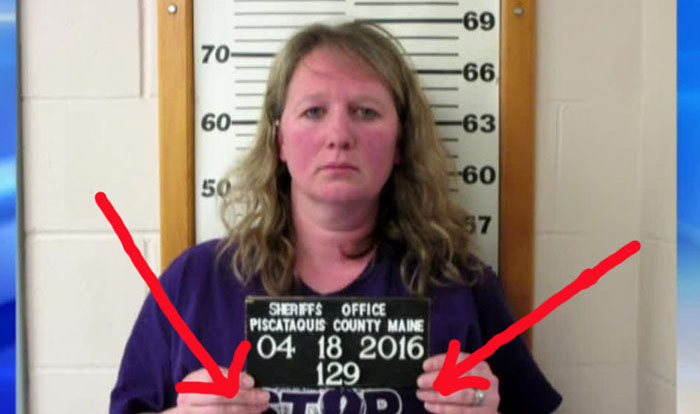 As The Blaze reported[1]:

According to prosecutors, 38-year-old Emily Wilson, of Sangerville, fired a gun in her bedroom during an argument with her husband, who she suspected was having an affair. According to WPXI-TV, Wilson was shooting at her husband.

Wilson, a high school teacher, evidently did not have time to change after the April 18 incident. In her mugshot, she is still wearing the “Stop Domestic Violence” shirt.

Get a load of this:

Apparently the irony was lost on the woman, though. She has been arrested on a weapons charge and faces up to five years in prison and fines of up to $5,000 if convicted. She could face yet another year in prison and another $2,000 in fines if convicted of domestic violence.