This is just stupid.[1] I can see charging her a fine for being late with getting the dog license, but this is way out of line. She is 3 1/2 months late on renewing the dog license, gets repeated calls, emails and threats on it, with the last one being a threat of a warrant being issued. She renewed the license and went down the next day to prove it. Instead of accepting the proof, they left her 14 year-old daughter in the car, frisked her, printed her and threw her in jail. No wonder Michigan is sooo screwed up. You let rapists and murders walk and terrorists skate – but man… be late on that dog license and it’s the hoosegow for you! The damned state is burning down and the thugs-in-charge go out of their way to be right on a freaking dog license. Makes you want to bang your head on a wall. 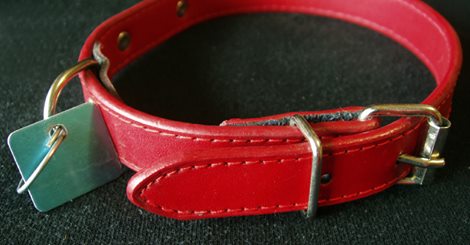 KALAMAZOO, Mich. (AP) — A western Michigan woman heads to court Tuesday after being arrested for failing to renew her dog’s license.

Becky Rehr says she drove to the Kalamazoo County sheriff’s office June 23 to prove that she’s recently renewed the license for the family’s 11-year-old dog, Dexter. Rehr’s 14-year-old daughter waited in the car as her mother was arrested, fingerprinted and held for three hours, The Kalamazoo Gazette said.

“They frisked me and put me in this intake cell with all these inmates in orange jumpsuits,” Rehr said. “I was pretty nervous.”

Failure to license a dog is punishable by up to 90 days in jail and $100 fine.

County animal control Director Steve Lawrence said his office gave the 47-year-old Cooper Township woman numerous phone, mail and in-person notices of the need to renew the license. The last was a phone warning that a warrant would be requested unless she got a license by May 28.

A hearing on the misdemeanor case is scheduled Tuesday before District Judge Christopher Haenicke.

“We prefer not for this stuff to go to court,” Lawrence told The Associated Press. “It’s just a $10 license. For some reason, some people like to make it hard for themselves.”

Rehr said she had “every intention of taking care of it. But with the end of the school year and my job, it just totally got put on the back burner.”

The charges have now been dropped[3] against this woman. They should never have been filed. If I were her, I’d seriously be considering where to move out of state. I have very little tolerance for government goons and fascists. This story literally ticked people off across the country and got Michigan, yet again, more bad press. No wonder the state is bankrupt – look at all the resources and money wasted on this one thing. I wonder how many people there even know this is a jailable offense? Who would have ever thought you had to fear the all-powerful office of animal control? This smacks of corruption, overreach and being on a power trip. 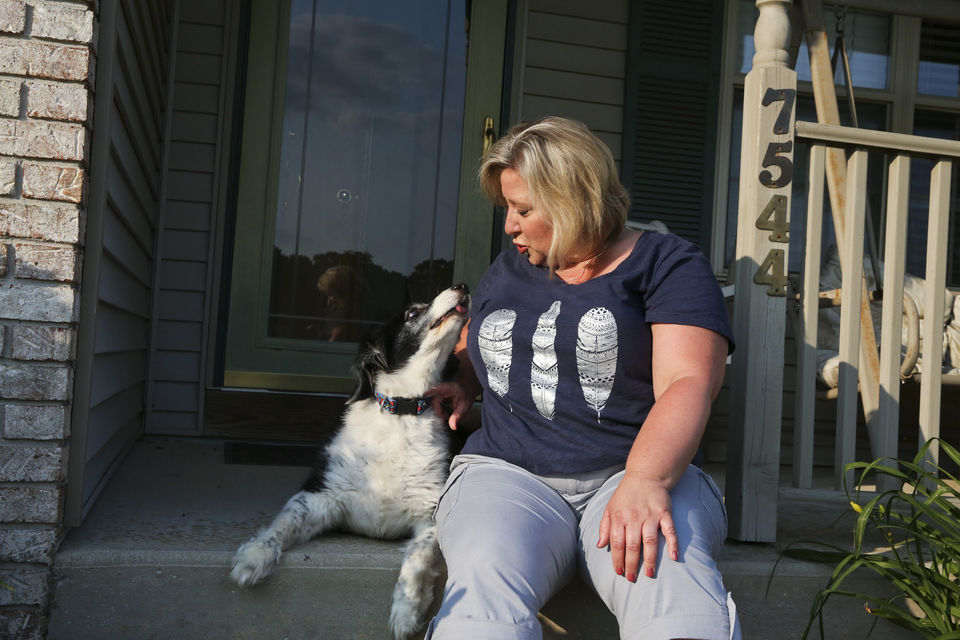 Becky Rehr pets her pup, Dexter, in Cooper Township, MI on Thursday July 2, 2015. On Tuesday, Rehr faces arraignment on a criminal charge of failure to renew a dog license, a misdemeanor in Kalamazoo County punishable by up to 90 days in jail and a $100 fine. (Crystal Vander Weit/Kalamazoo Gazette)