If you are a big wrestling fan, this may or may not come as a shock. The WWE has officially cut all ties with famed wrestler Hulk Hogan for comments that WWE claims were racist in nature. 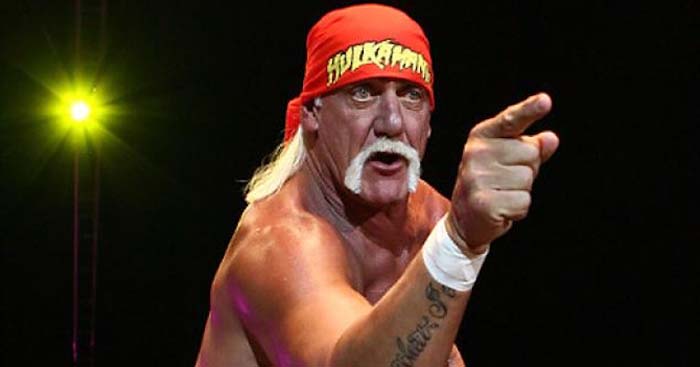 WWE has removed Hogan form its website even though Hogan has been a very key part of its history.

Here is the statement from the WWE:

WWE terminated its contract with Terry Bollea (aka Hulk Hogan). WWE is committed to embracing and celebrating individuals from all backgrounds as demonstrated by the diversity of our employees, performers and fans worldwide.

Some are saying[1] that this move by WWE was made because of a recording of Hogan saying the “N” word.

At that point on the tape, the former “Hogan Knows Best” star bemoaned how a “black billionaire guy” had offered to fund her music career.

He also attempts to use bizarre, twisted logic in an attempt to justify his bigotry at the man.

“I don’t know if Brooke was f*cking the black guy’s son,” Hulk raved, the sources add.

“I mean, I don’t have double standards. I mean, I am a racist, to a point, f*cking n*ggers. But then when it comes to nice people and sh*t, and whatever.”

Then, in a tirade to rival the racism embarrassments suffered by Mel Gibson and “Dog The Bounty Hunter,” Hulk unloaded even more hatred!

According to sources, he said: “I mean, I’d rather if she was going to f*ck some n*gger, I’d rather have her marry an 8-foot-tall n*gger worth a hundred million dollars! Like a basketball player!

“I guess we’re all a little racist. Fucking n*gger.”

For his part, Hogan has apologized[2] for the contents of the video mentioned above.

“Eight years ago I used offensive language during a conversation. It was unacceptable for me to have used that offensive language; there is no excuse for it; and I apologize for having done it,” Hogan said in a statement exclusively to PEOPLE. The transcript featuring that conversation was published online by the National Enquirer.

“This is not who I am. I believe very strongly that every person in the world is important and should not be treated differently based on race, gender, orientation, religious beliefs or otherwise,” Hogan told PEOPLE. “I am disappointed with myself that I used language that is offensive and inconsistent with my own beliefs.”

So, what do you think, folks? Is Hogan a “racist”? Was WWE right to cut ties?