India is in real trouble these days. Overrun with radical Islamists who rape and murder young women at will… many police officers there are also Muslim and won’t help the women. In fact, there have been many reports of the police helping the rapists. While there is nothing here to say the assailant was Muslim, the epidemic of rape in the country is pertinent to this crime. It is unconscionable[1] that over 50 people would be all around this young woman and not lift a finger to help her. Even more miraculous is her feisty spirit. She hit the groper with her purse, fought him off when he tried to hit her, grabbed him by the hair and drug him to the police and demanded he be arrested and charged. You go girl. 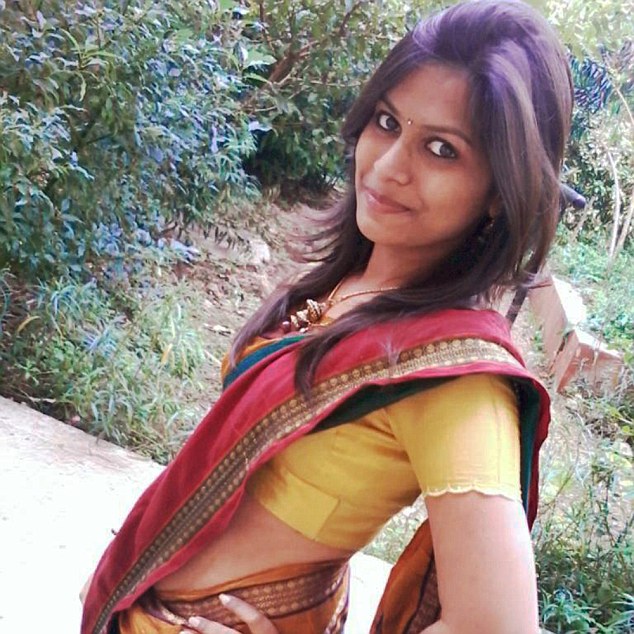 Pradnya Mandhare, 20, fought off a drunk sex attacker, then dragged him to a police station single-handedly.

A brave Indian girl attacked by a drunk man in broad daylight was left speechless when none of the 50 people who were watching did anything to help.

Student Pradnya Mandhare said she had not choice but to fight the man off and drag him to a police station herself.

The 20-year-old was stunned by the attack because it happened at a train station at around 2.30pm in front of dozens of onlookers and she was convinced that some of the people walking past would step in to help, but nobody did.

The third-year media studies student at Sathaye College in the city of Mumbai in western India`s Maharashtra State was on her way home after attending her lectures when the incident took place on the platform at Kandivli station in the north of the city.

She said: ‘I was really shocked when he came up and just started groping me, and I try to get away from him but he grabbed me then.

‘The only thing to do because nobody else was doing anything was to hit him and so I belted him with my bag.

The platform where she was attacked had been packed at that time of day but not one person had offered to help her, so she had grabbed him by the hair and dragged him to the police station herself.

She said: ‘He was telling me to let go and that he would come with me voluntarily, but I didn’t trust him and continued to pull him along. I finally managed to hand him over to the police without getting any help from anyone.’

Police confirmed they had arrested 25-year-old drug addict and alcoholic Chavan Chowdee, who was currently in custody awaiting charges.

The young woman has now been held as an example for others to also take the law into their own hands and not allow men to simply do what they want.

She said: ‘I don’t see myself as a heroine but I also think we should make a stand and let men know they can’t just do what they want and treated like objects to be groped whenever they feel like it.’

Ms Mandhare also told NDTV[2]: ‘Most women are scared of approaching the police as filing a complaint is a lengthy process.

‘It involves giving a lot of statements and, sometimes, dealing with uncooperative officers. But, I was firm on taking that man to the police.

‘Every woman should fight back in such cases and they should not keep quiet. I am grateful that the police also helped me and arrested the accused.

‘I also asked the police officers to teach the accused a lesson so that he would not dare to molest a woman ever again.

‘This Women’s Day a youth had passed a lewd comment at me. I tried taking him to the police station but he managed to escape.

‘Parents of girls also think that going to a police station would tarnish their daughter’s reputation.

‘But, women should raise their voice and teach such people a lesson. Women are not objects for anyone to touch at will.’

Since when have people grown so uncaring, so apathetic, that they will let a young woman be treated in this way? Do they care so little for others and so much about their own hides that coming to the aid of a girl who is being sexually assaulted is just too much to bother with? Pradnya has more of a spine than most of these people do and she did the right thing. What a shame that there are so few who will do the right thing when it is called for. I don’t care what your religion is… where are your morals? Your ethics? Your humanity? Any man who witnessed this and did nothing is a craven coward and should be arrested as an accomplice in the crime. Pradnya taught the important lesson to women[3] that you must fight back, you have nothing to lose and everything to save. India used to be home to a great culture and society – they are devolving into a heartless, cultural hellhole.