A Muslim cleric introduced Egypt’s new President, the Muslim Brotherhood’s Mohamed Morsi by saying: Our Capital ‘shall be Jerusalem, Allah 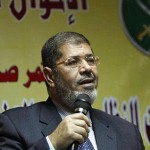 [1]willing’.:  For his part, Morsi pronounced: Abroad women are ‘free,’ but not here.

These types of proclamations do not bode well for Egyptian minorities, which includes members of the Coptic Church community, who make up about 10 per cent of Egypt’s population. Despite Morsi campaign spokesman Gehad el-Haddad’s assurances that Morsi would work to be “president for all Egyptians”, Coptics worry how Morsi’s election might result in a restriction of their personal freedoms.

Regardless of joyous proclamations by Mosi supporters, the newly elected president did not receive enough support to consider his election a mandate.:  Ahmed Shafik, former prime minister under Hosni Mubarak, received 12.3 million. Morsi picked up 13.2 million votes, giving him about 51 per cent of the vote.:  A vote as close as this portrays the presence of a divided electorate.

New Democracy (ND) the conservative party edged out the leftist Syriza party, achieving victory in Greece’s parliamentary elections. The winning margin for ND was less than 3 points. In Greece, as in Egypt, the vote was so close it indicates the presence of a divided people. 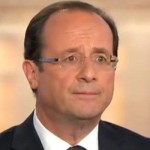 Newly elected President Hollande’s domestic mandate will allow him push back on budget cuts being demanded by Germany.:  Greece and other indebted countries say budget cuts are deepening the Eurozone’s recession by suffocating growth.:  Clearly, there is division within the European Union.

Meanwhile in the United States, largely ignoring the historical lessons of American economic success, obama continues to call for bottom up economics.:  This not so newly minted campaign tact is but one element of his overall class warfare election strategy.

Desperate for cash to combat GOP candidate Mitt Romney’s growing money juggernaut, obama’s campaign is asking his supporters to tell wedding guests to donate to his campaign rather than give gifts to the newlyweds.:  The campaign is also turning to overseas American ex-patriots, seeking cash.

There is a new strategy to inflate the economy on obama’s behalf by Ben Bernanke at the Federal Reserve Bank.:  obama and other Democrats are coordinating attacks on Romney with the American media, which completely flies in the face of a free press dutifully reporting facts to the 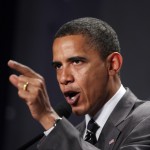 [6]electorate so as to facilitate voters being equipped with the knowledge necessary to make informed political decisions.

Bill Maher, $1 million obama campaign donor and known airwaves extremist, continued to spew hollow, hateful, leftist fringe rhetoric by spouting: Conservatism is not an ideology, ‘It’s just about being a dick’.: :  Joy Behar, one of Maher’s many fellow “progressive” extremists who populate Hollywood, felt compelled to chime in with “Gay Conservatives only think with their penises”.

Whatever happened to the angst, dismay and regret over harsh partisan rhetoric, so in vogue among “progressives” in the aftermath of the Gabby Gifford shooting?

In light of the Tea Party led midterm election landslide in 2010 and the Tea Party fed Scott Walker victory in Wisconsin’s recall election, it is quite appropriate to observe that, like much of the world, the population of United States is divided.

The Constitution established a small government featuring division of powers, protection of individual liberties and fostering a free market economic system uninhibited by the shackles of an overbearing central government.:  Since the early 20th Century “progressive” politicians have 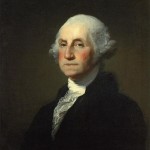 [7]incrementally increased prohibitive regulatory controls while intruding upon individual liberties by imposing “progressive” taxation used to fuel the growth of big government ”entitlement” programs and bloated federal bureaucracies that far exceed the powers delineated to the federal government by the United States Constitution.

As they participate in Chapter 2012 of the age old power struggle between tyranny and freedom, the choice is clear for American voters.:  To further enable unconstitutional usurpation of powers by disciples of Marx and Alinsky wishing to dismantle and eliminate the fundamental political, and socioeconomic structure of the United States, or to elect representatives who will insist upon restoring the Constitutional Republic envisioned by George Washington, Thomas Jefferson, James Madison, Benjamin Franklin and America’s founding patriots.