Will an illegal immigrant’s family get a huge payday from the city of Pasco, Washington? It looks like that might be likely with a lawsuit that was just filed against the police. 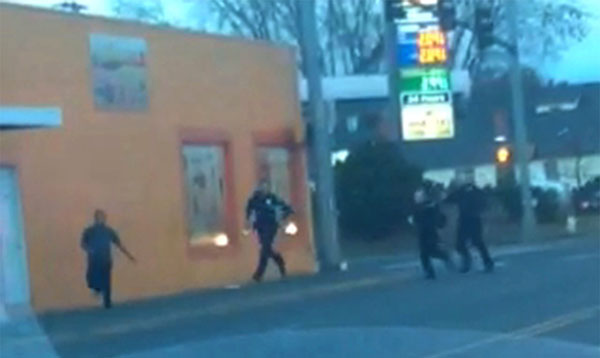 A coroner in Pasco is going to open a inquest[1] into a deadly shooting of an illegal alien working as an orchard worker.

The family of an orchard worker killed Tuesday after he was accused of hurling rocks at police has filed a $25 million claim with the city of Pasco and the president of Mexico reiterated his country’s condemnation of the violence against a Mexican citizen.

Police involved in the investigation confirmed Friday that Antonio Zambrano-Montes was not armed with either a gun or a knife. Whether he had a rock in his hand when he was shot is still under investigation, Kennewick police Sgt. Ken Lattin said.

Lattin, the spokesman for a group of outside police agencies investigating the shooting, appealed for calm.

“Our constitution allows people to gather and protest. That is perfectly OK,” Lattin said of a march planned for Saturday. “Be respectful of others, their person, their property.”

Witnesses have said the man was running away when police fired. Some people who saw the shooting at a busy intersection videotaped the confrontation.

Come to America and get rich.