A Year Ago I Would Have Voted For Clinton, Now I Don’t Know If I Trust Her [Video]

Hillary is in really serious political trouble here.[1] Ron Fournier of the National Journal is making the rounds this morning stating that he doesn’t know if he can trust Hillary Clinton any longer because she has lied about her emails and her server. He not only went on Face the Nation, he hit Fox News with it as well. Fournier said it was Groundhog Day all over again for Hillary. Fournier has always been in Hillary’s camp, but no longer. He says her stone wall is crumbling and that she won’t do the right thing, the right way. Instead she lied and covered it up. He says it doesn’t matter if the emails were classified or not, there is an onus on a Secretary of State to handle material correctly to protect national security. She caused the info to get into rogue hands because of her negligence. People have gone to jail for far, far less. 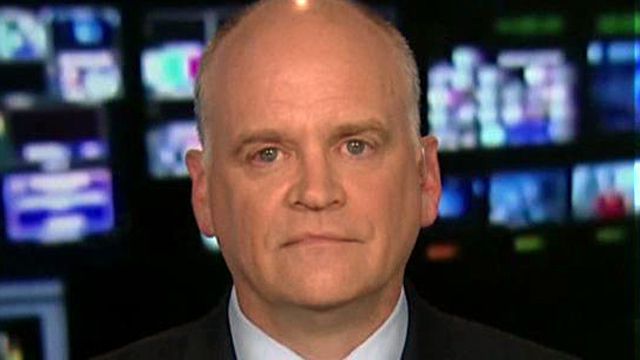 Sunday on CBS’ “Face the Nation,” National Journal Senior Political Columnist Ron Fournier said that a year ago he would have considered working for, and would have probably vote for Hillary Clinton, but now he doesn’t know if he can even trust her.

Fournier argued, “A year ago, if you’d asked me ‘Hey, you would you consider working for Secretary Clinton?’ I’d say, ‘Yeah, I’d think about it.’ Six months ago if you’d said, ‘Hey would you vote for her?’ I’d say, ‘Yeah, I’m likely going to vote for her.’ Now I can’t tell you that I trust her. Because there are some big issues involved. I can’t tell you that I trust her with the Freedom of Information Act, and our public records. I can’t tell you I trust her with Congress’ right and responsibility to conduct oversight. I can’t tell you I respect her, with historian’s responsibility to look back on archival document[s] to see how our leaders lead. If this precedent, that she has established, is allowed to stand, because she won, the public memory will be under assault forever. There will no longer be a public memory, if everyone conducts themselves she has. … I don’t know if I can trust Hillary Clinton anymore, and it doesn’t make me happy to say that.”

This must just kill Fournier. Clinton is a friend of his and he says she’s been good to him. But it’s dawning on him that how can he support her for president, if he can’t trust her? That’s a very good question that now over 58% of voters have an answer for – they believe the Hildebeast lied. So did her aides and her attorney as a matter of fact. Almost 90% of Republicans believe she lied, about 67% of Independents believe she is speaking with a forked tongue and almost 30% of Democrats no longer believe her. Would you say she’s toast? I do believe she is. Her image is now tarnished beyond repair and if somehow she did get elected, as Fournier pointed out, our history and memory would mean nothing anymore, because it would be revised at will. Fournier may not be happy about it, but he’s honest enough to admit the obvious: Hillary can’t be trusted and should not be President of the United States.