What the heck is going on?[1] First of all, Huma Abedin was allowed to testify behind closed doors. That should not have been sanctioned. She should have had to testify in public. The FBI is stone walling the case and not aggressively going after Hillary Clinton and her lieutenants like Huma Abedin. Now, Trey Gowdy doesn’t even show at her hearing and says there is no particular reason for it. This morning I heard that Clinton warned the GOP to lay off Abedin and now this. Abedin should have been raw meat for a prosecutor like Gowdy. This makes no sense whatsoever and it looks very, very bad. Cummings was almost an hour late as well. In fact, so many were late that Abedin left and came back. Just shaking my head over this. 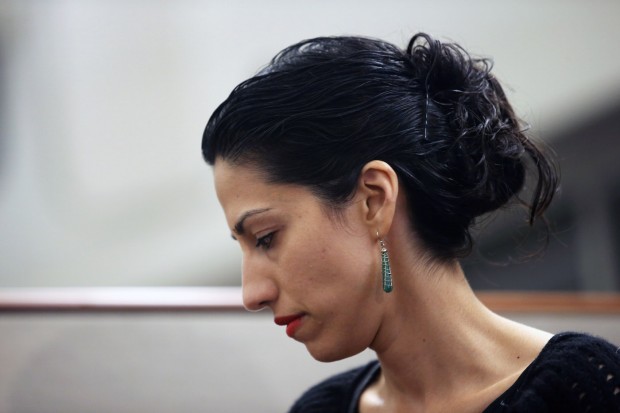 WASHINGTON (AP) — Huma Abedin, a longtime aide to Democratic presidential candidate Hillary Rodham Clinton, testified Friday before the House committee investigating the deadly 2012 attacks in Benghazi, Libya, as the panel faced fresh criticism from Republicans and Democrats about the purpose of its inquiry.

Abedin met behind closed doors for what was expected to be several hours focused on the Sept. 11, 2012, attacks on the U.S. facilities that killed four Americans, including Ambassador Chris Stevens. Clinton herself is scheduled to appear before the panel on Thursday in a widely anticipated public hearing.

The committee chairman, Rep. Trey Gowdy, R-S.C., did not attend the session in which committee staff and attorneys questioned Abedin. Republican Reps. Lynn Westmoreland, R-Ga., and Mike Pompeo, R-Kan., did attend the meeting as did Rep. Elijah Cummings of Maryland, the panel’s top Democrat.

The Benghazi panel is under intense scrutiny after two House Republicans described the GOP-led committee as partisan and aimed at hurting Clinton’s presidential bid, a characterization the panel’s chairman rejects.

Gowdy took the unusual step on Thursday of chiding a fellow Republican, who said the investigation was designed in part “to go after” Clinton. Gowdy said the comments by Rep. Richard Hanna, R-N.Y., were “unfortunate” and misinformed. Hanna is not a committee member.

Gowdy has dismissed those criticisms as coming from a disgruntled employee who was fired.

Abedin is vice chairwoman of Clinton’s campaign and was a top State Department aide when Clinton served as secretary of state. She also worked in Clinton’s Senate office.

Abedin’s testimony is expected to focus on events leading up to the September 2012 Benghazi attacks, as well as on the attacks themselves and their aftermath.

An official who was not authorized to speak about the proceedings and spoke on condition of anonymity said Abedin would likely not be questioned about her employment status at the State Department or her work for the Clinton family foundation or a consulting firm with ties to former President Bill Clinton.

Congressional Republicans have said Abedin may have skirted ethics guidelines in her 2012 work as a special adviser for Hillary Clinton while she also worked for Teneo Holdings, a consulting firm co-founded by Douglas Band, a former aide to President Clinton. Abedin also reportedly worked during that period for the Clinton Foundation, a global charity that works with businesses, governments, non-governmental organizations and individuals.

Nick Merrill, a spokesman for Clinton’s campaign, said it remains unclear why the committee is focused on Abedin, “given her lack of knowledge about the events surrounding Benghazi.”

Merrill called the focus on Abedin “additional evidence that the actual attack in Benghazi, and its lessons about how we might better protect diplomats serving in dangerous places, are the last things on the committee’s mind.”

The committee is being targeted and blamed for being partisan since they are going after Hillary. Well, why shouldn’t they? Between her, Obama and Rice, they should have had a cakewalk on prosecuting the whole dirty affair. But we are still dithering over it and nothing is coming out of the hearings. Nothing. Suddenly, Abedin won’t be questioned about working for the State Department or the Clinton Foundation or a consulting firm tied to Bill Clinton. What are they going to talk to her about? Selfies? You know that Abedin, as close as she is to Hillary, had insider knowledge on Benghazi. Had to. Yet, here we are and people look like they have just rolled over and said never mind. Sickening and infuriating.