Shrillary isn’t the only Democrat who can’t be trusted around classified data. Consider the congresscritters who hired Abid, Imran, and Jamal Awan as shared employees:

Three brothers who managed office information technology for members of the House Permanent Select Committee on Intelligence and other lawmakers were abruptly relieved of their duties on suspicion that they accessed congressional computers without permission. …

Three members of the intelligence panel and five members of the House Committee on Foreign Affairs were among the dozens of members who employed the suspects on a shared basis. The two committees deal with many of the nation’s most sensitive issues and documents, including those related to the war on terrorism. …

The brothers are suspected of serious violations, including accessing members’ computer networks without their knowledge and stealing equipment from Congress.

Among the congresscritters who employed them are former Chairmoonbat of the Democratic National Committee Debbie Wasserman Schultz (D-FL); Joaquin Castro (D-TX) of the intelligence and foreign affairs panels; Cedric Richmond (D-LA) of the committee on homeland security; André Carson (D-IN), who Nancy Pelosi wants to remind you is a Muslim and who is a member of the intelligence committee; Jackie Speier (D-CA), who is also on the intelligence committee; Tammy Duckworth (D-IL), who served on House committees addressing the armed services, oversight, and Benghazi before graduating to the Senate; and Lois Frankel (D-FL) of the foreign affairs committee. Apparently no Republicans employed them, although this is unclear.

The brothers had a sweet deal:

Jamal, who public records suggest is only 22 years old and first began working in the House when he was 20, was paid nearly $160,000 a year, or three times the average House IT staff salary, according to InsideGov, which tracks congressional salaries. Abid was paid $161,000 and Imran $165,000.

Chances are good that the three were hired in order to advance diversity. 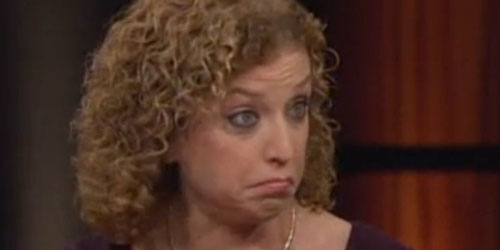