Akron, Ohio Police Looking for up to 70 Teens Who Ransacked, Destroyed Local Store

In an act that is becoming increasingly common in every large city in America, a mob of up to 70 black teens mobbed a local store in Akron, Ohio stealing and destroying as they went, police say. 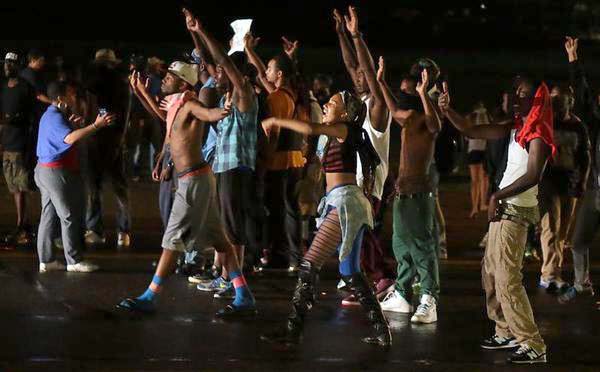 Now the police there are trying to identify some of the mob[1] in order to arrest and charge them with the criminal act.

According to Akron police, the suspects “entered the gas station and started to destroy and steal property” during the so-called mob and rob attack.

As seen above, a couple who stopped at the Circle K for gas shot video of the juveniles fleeing the store with stolen merchandise. A woman in the car called 911 and reported that the suspects were “running around in the parking lot like wild children.”

An Akron Police Department report–which classified the incident as vandalism–noted that the juveniles “entered business to destroy property” and that “misc merchandise damaged and stolen.”

A store manager estimated that the suspects stole several hundred dollars worth of items. It is unclear how much damage the Circle K suffered during the 10-minute rampage.

This is happened from coast to coast, now. Large mobs of black teens are ransacking and looting stores in every major city.