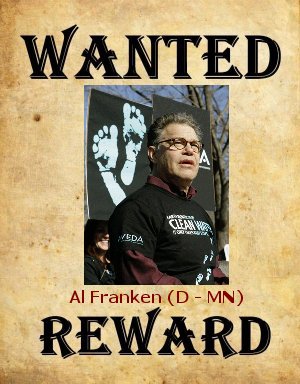 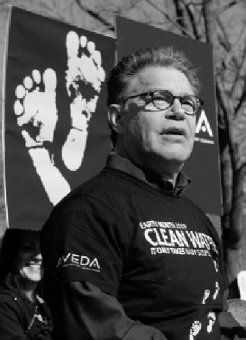 Al Franken was born on May 21, 1951 and grew up in St. Louis Park, Minnesota. He graduated from Harvard in 1973 and married Franni Franken.

Franken achieved note as a writer and performer for the television show Saturday Night Live from its inception in 1975, before moving to writing and acting in films and television shows. He then became a political commentator, author of five books and a host of a nationally syndicated radio show on the Air America Radio Network. He has taken part in seven USO tours, visiting U.S. troops overseas in Germany, Bosnia, Kosovo and Uzbekistan – as well as visiting Iraq, Afghanistan and Kuwait four times.

Franken was a Founder and leading voice on the Air America radio network.
He was elected to the U.S. Senate in 2008.

Whether Minnesota labor’s massive effort to mobilize members in the 2008 elections was a success will ultimately turn on the results of a recount in the U.S. Senate race, Labor 2008 coordinators say.

While most AFL-CIO and Change to Win unions backed Democratic-Farmer-Labor (DFL) challenger Franken, a few labor organizations — notably the Carpenters and Pipe Trades — endorsed Coleman. After all the results were turned in, Coleman led Franken by only 215 votes out of just under 3 million cast. An official recount began Nov. 18 and could take a month, Secretary of State Mark Ritchie said.

Franken’s race against GOP incumbent Norman Coleman is important nationally. To get pro-worker bills through the Senate, workers and their allies need 60 votes, out of 100 senators, to cut off GOP filibusters. That includes a presumed GOP talkathon against the Employee Free Choice Act, which is designed to help level the playing field between workers and bosses in union organizing and bargaining first contracts…

Independence Party candidates made the difference in the Bachmann and Paulsen races and definitely affected the Senate race, said Mark Froemke, president of the West Area Labor Council that spans the western half of the state. ‘The Independence Party got a better number than I would have expected in this area,’ he said. Negativity of campaign commercials in the final days of the Senate race also had an effect.

On July 14, 2008, the Al Franken for U.S. Senate campaign announced that four new labor organizations have “joined its ever-growing coalition that’s fighting to send a senator to Washington who will stand with Minnesota’s middle class.”

The new endorsements were:

“Minnesotans need a Senator who understands the needs of Minnesota families, and who won’t abandon them in a time of need,” declared Mark Froemke, Education Director of the Bakery, Confectionary, Tobacco Workers and Grain Millers Union, Local 167G.

“Norm Coleman had a chance to support the families of the Red River Valley on CAFTA and, instead, he supported President Bush,” Froemke noted. “Al Franken will stand with farmers and workers and Minnesotans, and that’s why we stand with him in this election.”

Minnesota Secretary of State Mark Ritchie was also a covert “friend” of the Communist Party. 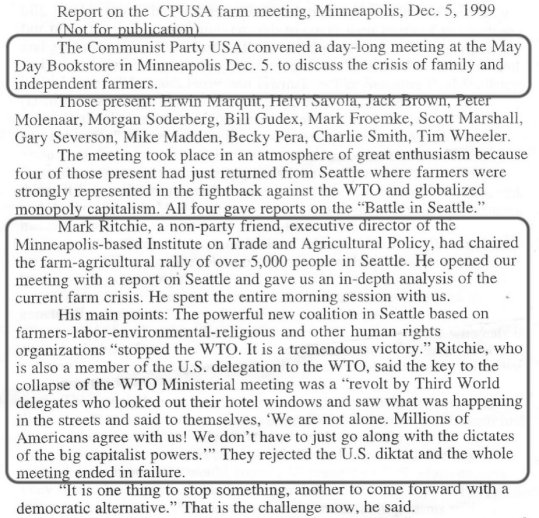 In December of 1999, a Communist Party meeting was held at the May Day Bookstore in Minneapolis, Minnesota, for the purpose of reestablishing the CPUSA Farm Commission.

Mark Ritchie also attended and addressed the meeting. In a written report on the meeting by Tim Wheeler, Ritchie is referred to as a “non-party friend” of the Communist Party. The report was marked “not for publication.”

On October 11, 2003, Mark Ritchie’s article, “A new beginning for WTO after Cancun,” was published in the CPUSA’s newspaper, People’s Weekly World. Ritchie was listed on the People’s Weekly World website as an author. The article had originally been published at the Institute for Agriculture and Trade Policy website.

Ritchie also received approval from the CPUSA for his 2006 campaign. 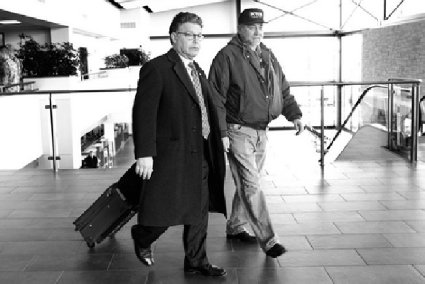 In a July 8, 2006, People’s World article: “This Battle Can be Won!” the author underlined the importance of the elections for Secretary of State, “whose job is mandated as protecting voting rights and election practices.” They stated of Ritchie:

In Minnesota the DFL candidate for Secretary of State Mark Ritchie, of the League of Rural Voters could play a valuable national role.

As the 2004 Democratic National Convention was about to commence in Boston, Jobs with Justice hosted a living tribute to the late Senator Paul Wellstone on July 25th. Hundreds filled the historic Old West Church to confront the question, “What must the Democratic Party do to live up to the progressive vision of Paul Wellstone?”

Wellstone, who died in office in a 2002 plane crash, was a long-time supporter of Democratic Socialists of America (DSA) and this was reflected in the speaking lineup.

“Paul had the courage to stand the pain that comes with standing for something and not fall for anything,” said United Steelworkers of America Union International President Leo Gerard, a long-time DSA affiliate. “That’s what the Democratic Party needs right now. He gave people a reason to fight, to hope.”

Rep. Major Owens (D-NY), a DSA member, pointed out that too many liberals, including Owens himself, voted for “welfare reform” in 1996. He praised Wellstone as the lone voice defending welfarism at the time.

Another DSA member, Boston City Councilor Chuck Turner, fired up the audience with a call for “direct action” to ensure accountability from a John Kerry administration. “We need Kerry there and we need to be there to purge the cancer (of the Bush administration) from the soul of the body politic.”

Moderator Horace Small was also a DSA member, while speaker Jim Hightower, an author and radio personality, is a long-time DSA supporter.

In 2009, Al Franken was listed as a member of the Advisory Board of Wellstone Action, a Minnesota based organization based on the political legacy of that state’s late ‘progressive’ Senator Paul Wellstone.

The minutes of a Metro Atlanta Democratic Socialists of America membership meeting, held at the Friends Meeting House in Decatur, Georgia on March 1, 2008, included reference to a report by Milt Tambor on DSA support for Congressional and Senate candidates in the 2008 election:

4) Milt reported that DSA is calling on locals to support progressive candidates for Congress and the Senate, mainly through fundraisers and volunteering. Al Franken (MN) and one other have been suggested; more details will follow…

Supported by Council for a Livable World

The Council for a Livable World, founded in 1962 by long-time socialist activist and alleged Soviet agent, Leo Szilard, supported Al Franken in his successful Senate run as candidate for Minnesota. 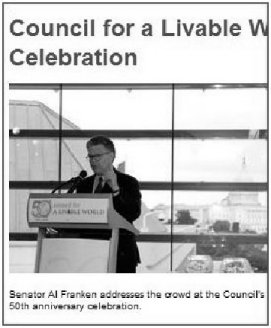 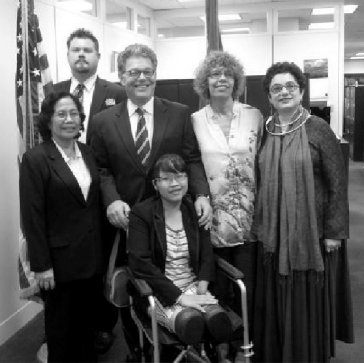 On July 15, 2010, at the Third Hearing on Agent Orange in Vietnam: Recent Developments in Remediation, Rayburn House Office Building, VAVA (Vietnam Association of Victims of Agent Orange/Dioxin), Tran Thi Hoan testified before the U.S. House of Representatives Committee on Foreign Affairs, Subcommittee on Asia, the Pacific and the Global Environment.

This was the first time a victim of Agent Orange had spoken to Congress. The “victim, the well-received Ms. Tran Thi Hoan, who has no legs, received a lot of attention.”