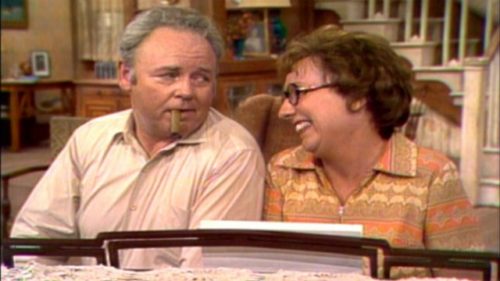 Al Sharpton has been around the political scene a long time. He’s spent a lot years saying obnoxious[2] things and showing his bigotry through What he says about people he doesn’t like. He gets away with it because he’s a “civil rights leader” and no one dares to call him out for his own racism and bigotry.

His most recent nasty comment, this past Friday on MSNBC was aimed at Democrats and mocked Trump voters. He insisted that elected Democrats and consultants should stop telling Democrats to “try and become elephants with donkey skin on,” and that “Archie Bunker” voters who support President Donald Trump will never vote Democrat.

Archie Bunker was a bigoted central character in an old 1970’s sitcom. He was cranky, nasty, racist and a misogynist. His terrible attitude was what viewers tuned in to see and laugh at, not with. No one wanted to be Archie Bunker, everyone thought he was awful. The terrible comments that the character uttered shocked viewers every week, who tuned in almost the way they’d watch a train wreck; it’s awful but you can’t pull yourself away. Archie always ended up being proven wrong about his bigoted opinions, as he was taught a lesson by his family or neighbors.

This is the nasty character Sharpton is equating with Trump supporters. Except there’s only one problem; it’s Sharpton who is the nasty bigot. One need only do an online search for some of his more despicable comments. Here’s a few: 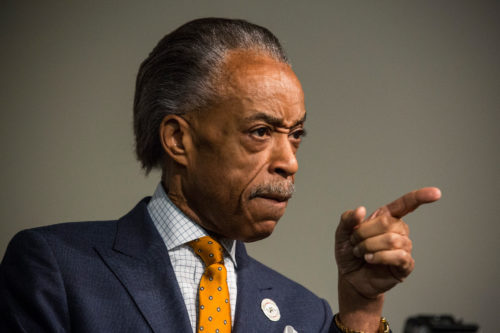 We start off with a Sharpton anti-gay slur:

“White folks was in the caves while we (blacks) was building empires. … We built pyramids before Donald Trump ever knew what architecture was. … We taught philosophy and astrology and mathematics before Socrates and them Greek homos ever got around to it.”

Or how about this Sharpton anti-white smear:

“So (if) some cracker come and tell you ‘Well, my mother and father blood go back to the Mayflower,’ you better hold your pocket. That ain’t nothing to be proud of. That means their forefathers was crooks.”

“If the Jews want to get it on, tell them to pin their yarmulkes back and come over to my house.”

Well, we’ve heard things like this before, in fact, wasn’t it from that terrible guy Archie Bunker? Yes that’s right, the very thing Sharpton accuses Trump voters of being, he is himself. He is the racist, bigoted, homophobic, anti-Semite. All these horrendous Al Sharpton quotes are exactly the types of things Archie Bunker said.

Maybe Al Sharpton should look in the mirror. Then he’ll see the real bigot. He’s right about one thing, Trump voters will NEVER vote for Democrats, especially if they are bigots like Al Sharpton.