Allen West: If Sharpton Says Oscars Too White, Then I Say the NBA is Too Black

Former Florida Congressman Allen West made a good, logical point on his website the other day about all this race baiting going on with this year’s Oscars being “too white.” In fact, it is a point we all have heard before, but one few say on a national stage. 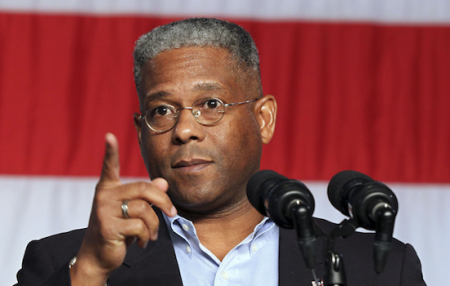 West’s site asked why it is a big deal to have one year of movie nominations that lack diversity when every year in the NBA lacks diversity?

It is a perfectly logical question[1].

Liberals may be terrible at handling the economy or protecting our nation, but they sure are entertaining. The latest side-splitter comes from the White House official court jester, Al Sharpton.

As the Washington Times reports, Reverend Al “announced he was holding an “emergency meeting” to discuss Hollywood’s all-white list of Oscar nominees and talk about possible action against the Academy Awards’ powers-who-be.”

“The movie industry is like the Rocky Mountains,” he said in a statement reported by Business Insider. “The higher you get, the whiter it gets. … I have called an emergency meeting early next week in Hollywood with the task force to discuss possible action around the Academy Awards.”

Now bear in mind this is only the second time in the last 20 years that only white folks were nominated for best actor, actress or director Oscars, so it’s not like there’s a continuing pattern of racism.

But I’ll tell you where there IS a clear pattern of racism. It’s in the NFL!

I did a quick review of the starting line-ups for the four playoff teams (Seahawks, Packers, Colts and Patriots) and 65 percent of those players are black. I’d say that’s a little lop-sided, wouldn’t you — considering blacks make up only around 14 percent of the U.S. population.

And don’t get me started on the racism in the NBA!

If you want to talk about no diversity in honoring excellence, look at the recipients of the Most Valuable Player awards over the last 58 years.

It’s shocking! Seventy-eight percent of all MVPs in history have been black! Boy, I’d say the NBA is way too black. We ought to hold an emergency meeting to discuss possible action against the NBA, right Al? I mean it’s simply not FAIR.

In the NBA, it’s like outer space Al — the higher you get, the darker it gets.

We need men like this in Congress. I hope he runs for (and wins) office again.