Ann Coulter: Time to End All Immigration for 10 Years

Ann Coulter is well known as a firebrand and frequently says things just coarse enough to get news out of it. But this time she has the left in a real tizzy by saying that we should end immigration for at least 10 years. Do you agree? 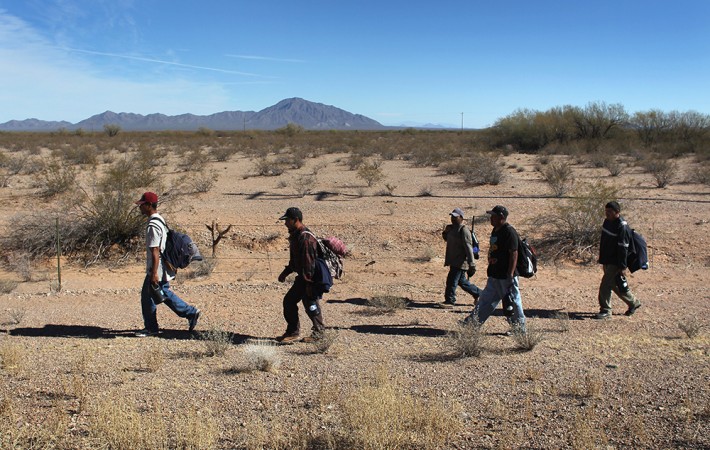 Ann feels that this country is fast deteriorating because of wave after wave of illegals and legals both who are refusing to become Americans but just think they can bring their failed, anti-American, foreign ideas into this country to tear us down. So, is Ann right? Should we put a halt to immigration for a while to allow those here some chance to assimilate?

“In order to change this country to one more favorable to crazy liberal policies, Democrats passed—and Republicans were hoodwinked into passing—this crazy 1965 immigration law that has changed the country in shocking and dramatic ways,” Coulter says, explaining her book’s premise and referring to legislation—sponsored by the late Senator Edward M. Kennedy—that abolished long-implemented preferences for immigrants from northern and western Europe over Africans, Asians and other third-world natives.

“This has been our law for 50 years now, and I blame the Republicans for idiotically continuing it,” she continues. “The Simpson-Mazzoli Act of 1986 [creating an easier path to citizenship for foreigners who illegally entered and settled in the United States] was a mistake. As for these idiot Tea Partiers or whichever conservatives are idol-worshipping Ronald Reagan, he was great for his time, but it was a different world. I don’t think he’s going down as the greatest president when he signed an amnesty law.”

Coulter—whose own ancestors arrived here from the Netherlands, England, Ireland and Germany starting in the 17th century, she says—argues that teeming hordes of new immigrants, especially from Mexico, vote overwhelmingly Democratic, so current immigration policy is really “an evil-genius plan to change the country. That’s what the Democrats get out of it. Obama never could have been elected in this country but for Teddy Kennedy’s immigration act. Never, never, ever, ever!”

Coulter’s politically quixotic prescription: a 10-year moratorium on all legal immigration; a complete dismantling of the immigration bureaucracy, not only government agencies and sympathetic elected officials but also outside advocacy groups; the erection of an impassable fence along the entire U.S.-Mexican border (in her book, she praises the Communist East Germans for effectively, sometimes lethally, preventing their citizens from breaching the Berlin Wall); and a return to pre-1965 policies that give preference to highly-educated, usually white Europeans.

Well, is this a good idea? Tell us your thoughts in the comments.