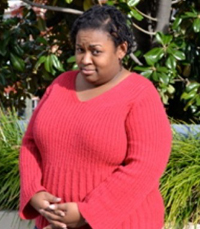 As the nation’s African American community continues to wallow in an epidemic of black-on-black murder each and every day, we get the likes of “CrunkFeminist” Brittney Cooper claiming that the real problem in the black community is “an onslaught of white murder,” a badly formulated phrase for which she offers no evidence but one case.

In a hyperbolic piece in Salon[1], Brittney Cooper desperately tries to make the case that no black person is safe in America today apparently because there are marauding bands of elderly white folks killing blacks by the buckets full–a mythic group in which she casts Hispanic man, George Zimmerman.

What is her proof of this absurd claim that whites are killing blacks? Only a single example. Cooper’s ire is directed at the fact that a white man was not convicted of murdering a black teen in Florida. Yes, one white man’s crime is enough for Cooper to imagine a nation where no black is safe as she gives only a single example to “prove” her hyperbolic claim.

If you are unaware, this is the case of Florida man Michael Dunn, a white man, who thought he was being placed in danger by a car full of teens, all of whom were black, and opened fire on them killing 19-year-old Jordan Davis.

Dunn wasn’t convicted of outright murder, but he was convicted of his crime and will spend the rest of his life in jail.

But that isn’t enough for Cooper. She wants a sacrificial lamb, it seems. 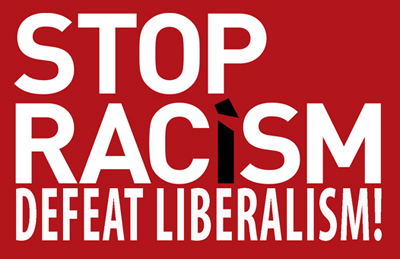 Cooper absurdly blurts out the proclamation that, “It is clear that Florida prosecutors are fairly unclear about how to defend black life against an onslaught of white murder.”

This racebaiter goes on to hyperbolically claim, “I think it we can safely and fairly assume that it is open season on black teenagers, if the murders of Trayvon, Jordan and Renisha McBride are any indication. ”

No, we cannot “safely say” that, Cooper. You are a liar.

Or, perhaps, Cooper, you are technically right though still a liar because you are trying to claim that the danger is at the hands of white people.

The facts are that every year young black men commit 50 percent of the murders in the United States. It is also true that white-on-black crime is tiny in comparison to black-on-black crime. Some 100 blacks are murdered by other blacks each week[2] in this nation.

So, this woman is simply full of it. But her goal is not to alleviate or prosecute crime. This racist’s only goal is to continue race hate between whites and blacks and to use the murders of black children as a means to her racist ends.

Brittney Cooper is a racist and a ghoul.

Feel free to let her know how you feel about her hatemongering and ignorance on Twitter at @ProfessorCrunk[3].

Someone emailed me and claimed I am saying here that I am happy that blacks are killing blacks. First of all, it takes a willful act of bias to read that into my piece above. I am in no way whatever “happy” that anyone is killing anyone. Those reading the actual words here and not desperately trying to read into them will see that I am attacking Cooper’s hypocrisy of reaching outside her own community to find blame when the blame comes from within.

But, since I didn’t exactly make clear my personal opinion of black-on-black crime, I will say I am certainly against it. I will also say that you can blame the thug culture that the black community has invented for itself, rap “music”, gangs, drug use, the death of the black nuclear family, and the inability of too many young black men to take responsibility for their lives for the crime rate.

When America’s black community eschewed the teachings of Booker T. Washington and instead started angling toward the victim mentality of people like W. E. B. Du Bois, the black community started down the wrong path, one whose logical end was the horrid condition to which it has arrived today.

So, yes, I find the rise of black-on-black crime disgusting and want it ended.

And to that emailer, I am also quite insulted that you’d think otherwise but I understand that you are a racebairter, too, so your hate is expected.