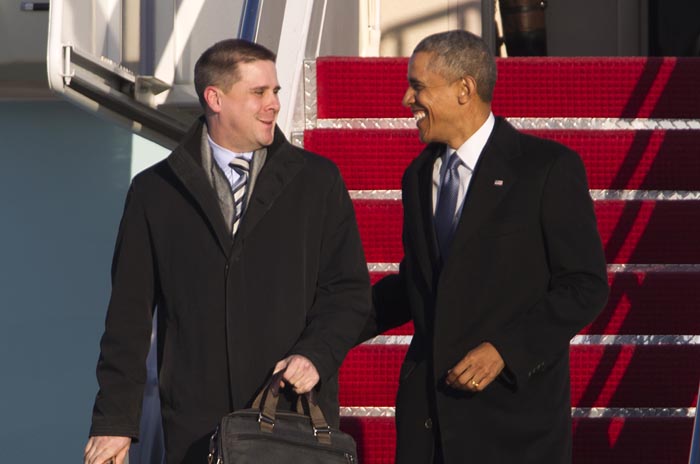 Pfeiffer was the communications director for Vice President Al Gore in 2000. He went on to work for the Democratic Governors Association and then for Senators Tim Johnson, Tom Daschle. Next he joined Evan Bayh’s failed bid for president before joining team Obama.

He became Obama’s longest serving strategists having started on Obama’s 2008 campaign as a com guy.

Now he’s been hired by CNN[1] as a contributor.

Around a dozen of Obama’s aides have suddenly found a lucrative “career” in the “news” media. But this isn’t anything new. Many of Clinton’s did, too. In fact, the “news” media is shot through with former Democrat operatives. Chris Matthews and Chuck Todd, for instance, were both operatives for Democrats long ago.

One more reason not to trust the Old Media establishment.