ANOTHER ONE: Democrat Rep. Al Green Slept With And Then Sued Allegedly Drug-Addicted Staffer

I’ve been told we are living in a rape culture[1]. I mean it makes sense. Every single woman I’ve ever met has told me she was raped and nobody cared. In fact, I tell them straight to their faces that I don’t care. Every single time I’m with a group of my guy friends, we discuss all the times we’ve raped women and we laugh it off. It’s not like every single man I know hates rape and recoils at the thought of it, so I can see where they are coming from. 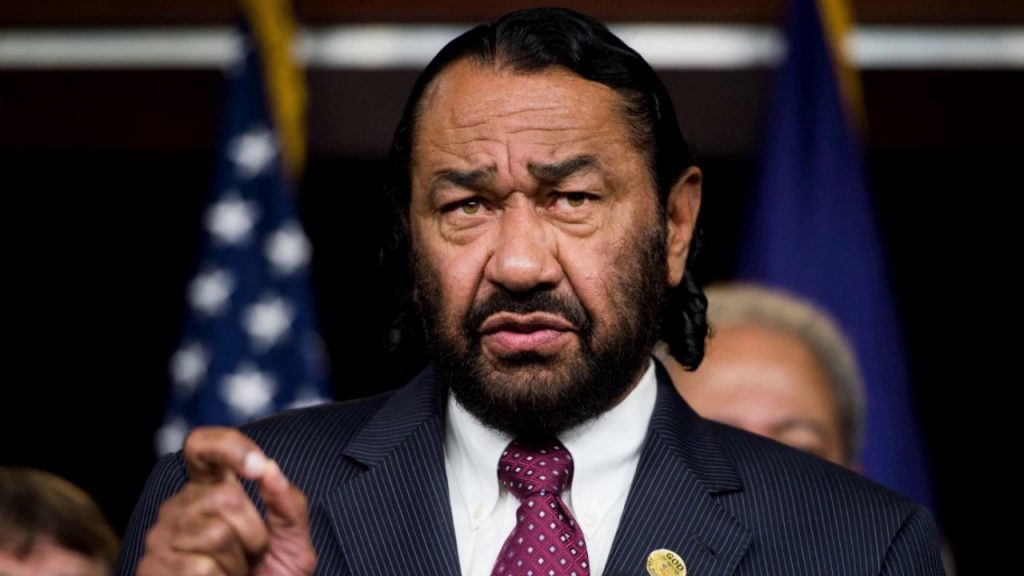 I guess the real rape culture is coming from Hollywood and from Congress. You are not safe around a congressperson. If Joe Biden is near you, he will try and nuzzle his nose right in the cavity between the back of your ear and your neck and whisper sweet nothings. Consider yourselves warned.

Although this story isn’t a crime, it still shows the degeneracy of congresspeople in general. Texas Democratic Rep. Al Green had sexual relations with a staff member. He claims she was a drug addict and then sued her when she said she would tell the public she worked in a hostile environment. Green said he “will not be extorted or blackmailed.”

Lucinda Daniels, the staff member in question claiming a hostile work environment, demanded $1.8 million to keep quiet. Green filed suit against her claiming she was leveraging their between-the-sheets moments to conspire against him.

“Daniels has threatened to go public with her complaints if the Congressman does not pay her money. Green has done nothing wrong and refuses to pay ‘hush money’ just for political expediency. Green will not be extorted or blackmailed by Daniels. He will not be the victim of a shakedown by Daniels and her agents. Green demands vindication of his actions and now sues Daniels for declaratory judgment relief relating to her workplace allegations and her quest for money,” say the documents Green filed in federal court.

In the recording, “Daniels is heard ‘snorting’ the cocaine immediately before questioning whether it was ‘cut’ with some other substance and being assured that it was ‘straight off the ki[lo]’ … Daniels asks for the purchase price of the drugs, which she calls her ‘Tuesday special’ price. In response, the drug dealer sells her the drugs for $40.”

Green said Daniels “act[ed] sluggish at work as through under the influence of drugs” and “slurr[ed] her speech as if under drug influence.” He claims she fell “asleep on the phone in the middle of telephone conversations with staff and the Congressman” and had “a general appearance of incoherence at times due to apparent drug use.”

Green’s office put out a statement to get out in front of the situation:

“In the present climate, we wish to jointly quiet any curious minds about our former and present relationship with one another. We are friends, and have long been friends. At an unfortunate time in our lives, when both of our feelings were hurt, we hastily made allegations and charges against one another that have been absolutely resolved. This matter has been resolved without payment of any money or transfer of any consideration of any kind by either of us to the other. As friends, we have both agreed that we see no need to make further statements regarding this absolutely resolved matter.”

Whew! I’m glad they cleared that up and saved the taxpayer 1.8 million dollars. They really can pick ’em can’t they?

Every detail of the settlement & the parties involved MUST be made PUBLIC!

Name them! All of them!!
Garnish wages until it’s all paid back.
Expel from Congress!! https://t.co/l8CiffluER[3]