The Ferguson/BlackLivesMatter protesters who want to pretend they are touting “civil rights” have issued some demands and they are absolutely idiotic. Nothing like the REAL civil rights movement in 1963, today’s demands are filled with grammatical errors and total lapses in logic. 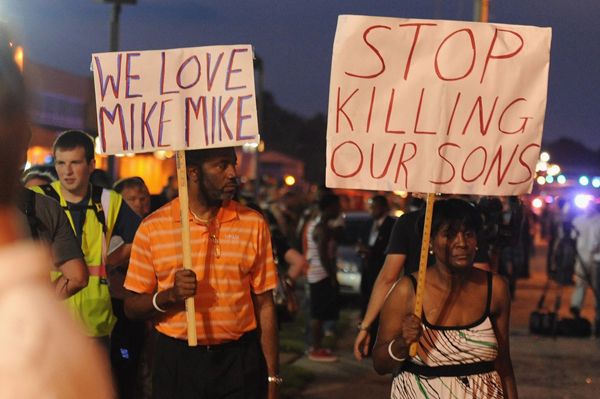 Fliers are now being handed out during protests in New York under the BlackLivesMatter movement. The fliers are spelling out[1] what they are demanding.

One such demand is essentially an end to access to the court system for police officers charged with a crime:

Another demand is a direct attack on the police unions, “We demand that any officer found guilty of any crime or violation while on duty be imprisoned and heavily personally fined, and any union that defends that officer be heavily fined with all the money going to the victim.”

Yet another demand is what amounts to the end of the 5th Amendment for police officers:

“We demand any officer that do not (sic) freely come forth and speak about abuse and corruption by fellow officers or the department that they should be aware of, be charged with conspiracy and imprisoned and heavily fined.”

The flier ends with the words, “FREEDOM JUSTICE AND EQUALITY OR DEATH.”

This is insane. These people are a disgrace to the civil rights movement.